Original languege of this article is Albanian 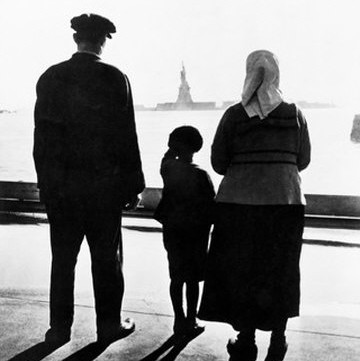 Book of stories and sketches of prominent poet and novelist Eqrem Basha, House of Goods, put into circulation published by the publishing house “Ideart” The election was a nice reading this summer. He first drew my attention from the title, two common words so frequently in conversations of everyone together so poetically become an expression of something that is missing. To reread the notes to do this interview came to my mind so beautifully painted image of the poet's father with white hair disheveled.

This translation is automatically generated.Get Involved! To help update translations please contact us!Already a translator for this site? Please Log In

Ndcprompted for "Kritika otherwise: a lookout inside Albanian prose and poetry " Fatmir Terziu critic publishing house “Arberia” mc had bcrc pcrshtypje the tone admiringly pcr creation as an act. Eqrem Basha was through for creators who its author was interested in special way. Having interviewed Terziu pcr Homein e Mallit, with a stone bruise, two birds said, immediately thinking how was this word popular expression. But in the time that followed, konstatoja: As was already wild.

Short fiction is the genre that has tradition in Albanian letters so it is important to underline the particular style of short prose Basha in relation to short fiction in general Albanian, bringing his or innovation.

Klara Buda: Mr. Fatmir Terziu, will define it as the specificity of short prose Eqrem Basha knowing that this is a genre for this beloved author and which he has delivered in parallel with poetry throughout his career but also recently in the volume of short stories, "House The Goods "from" Ideart ".

Fatmir Terziu: Namely, starting from the latter, in prose titled "House of Goods" is a total metamorphosis. What we mean by this? It simply does not understand that the freedom scape 'total metamorphosis' but one aspect that comes from psychoanalysis, and it is perhaps not as Kafka, but even the 'human isolated' , but another motion made by, with terraratisje, Exiled example, For exactly, "Commodity House" built by Kosovo Albanian writer, Eqrem Basha, addresses an inevitable metamorphosis that has gone ekstrakomunitarit myself yesterday and I do not know what's going on with the body of his world. Exactly that his prose comes in a poetic plane, comes of communicable, tangible and real. It is a prose which makes the writer communicates and Basha Eqrem be 'a poet even in prose'. This is something that opens to "Dolls", "Mother Dolly", "Babai Ukmali", "Through the fog that brings losers" and "Dolls of the glass case", that's all that got things fletrojnë, constituting elements of life like image. It is important today to say short fiction and clearly defined short sentences and short, which is typical sentence Eqrem Basha, and communication to determine word short fiction. Pra, Meaning itself by psychoanalysis that comes in this combination to read and analyze Eqrem Basha, I would say sipar opener are expressed sensitivity to it, poetry and prose communicate freely and have a combination which makes highly communicable.

Klara Buda: Poetry is what freed Basha and follows it in prose; it is wonderful that he is a poet even in prose! But is poesia what defines him better as author?

Fatmir Terziu: My opinion is that even Eqrem Basha is also a poet in prose. A little earlier you said you heard that his poetry is what frees him or otherwise makes known. After, but I do not think that is what defines poesia him better as author? I think differently. When Eqrem Basha was born in poetry, he grew up in prose. In his stories he reappears, and is an author who comes in his prose poezisësë to Mountaineer, but a special poetic novel of which gives the prose a large load from book to book. I will Maal House churches account. Are 12 stories and 4 sketches of the writer who is already known. And not only that, I would say now is simply known, but comes as a poet, teller, novelist, screenwriter, fine arts critic, translator from French, Italian, The Slavic languages, and publisher. The author is 10 poetry, 4 collections of short stories and 3 novels. If I would vashdoja with arithmetic, vashdon he is and remains one of panumuruar, Well aithmetika his irrational would rather play regarding the writings and interviews given to the press and various media. Basically it is an author who does not speak 10 His volumes of poetry or 4 volumes of stories and 3 romanet, but speaks of all his works in complekse.

Klara Buda: Regarding the theme of exile, an age-old phenomenon of the Albanian population, but worsened considerably after the fall of the dictatorship in Albania and Kosovo war, I wanted to see this topic through the sensibility of Basha. In the story, or let's call Tale, as saying Kuteli, "House of Goods", you mentioned, Basha has centered precisely this topic. We who live in the West find ourselves in describing the character of expatriated to "House of Goods". I quote a short excerpt from this story: "There had dictated that he was not himself, that it had no nose, they hair, ato vithe… Eye had, but they do not light, were not his, were turned to ashes and looked colorless, see Leer and not laugh – but neither wept (page 104).

Fatmir Terziu: You're absolutely right. You create the space and citing Mitrush Kuteli, I would just pick a sentence which is detached from his essay "Fan Noli Stiljan, Mall of concern "with a critical review of Mitrush Kuteli, published in Tirana in 1943, namely on pages 3 and 25, He starts with the "Mall of concern" which means that they behaved like one that seems to reflect the spirit of this collection in the am 100% correct, after that I remember the moment. To return to your question, which is basically exactly that feeling that builds to "House of Goods" by Eqrem Basha. Here is basically a poetic subject, end up deeply realistic prose. The ballad is drama. Migration and pathetic aspiring hilt. Out-and-out, lyricism is not affected at all, and it is special that makes this writer becomes very sensitive to the reader, but also to the analyst, because we often communicate as analysts, as literary critics, but we forget that we are in substance reader should. And the parser and the reader have basically a common bond. And here we must understand the critical connection-reader, or critical-reader.

Having read "Chelsea's Dream" in his course imposed a new innovation index, that varies the flow field with a short sentence. This story from the title itself resembles a real key to open philosophical code of this author. The author hereby conveys a philosophical labyrinth that is only surpassed by his reading differently. This forms the belief that reading his prose is thoroughly contemporary level. Stories such as "love ballad", "Chelsea's Dream" etc. are a step forward for the Albanian story, which long ago was punishing criticism to nothingness. Thus the reader and we somehow forget the name that is in the onset author, and his prose recall. This fixes a kind of memorandum between being sustainable, reading and analyzers. February remains accessible to the times.

Note: This text is a transcript of radio interview with writer and critic made, Fatmir Terziu, and difuzuar Classifieds service of Radio France International Paris, more 27/08/2009.

Thread three-minute format of the book has limited further development of analysis on this volume. Audio archive will soon be Avaiable.