Klara Buda is a journalist, writer, and director/producer.

She is the founder and President of the TV & Film Production Studio, Beratinus. In 2013 she founded the online Gazette KlaraBudaPost.com, whose mission is to promote the Press Freedom, Ethic Journalism, and Cultural Diplomacy.

She was an Editor in Chief and Lecturer in Radio Journalism for Radio France Internationale, RFI in Paris, and led the Albanian Department of this French Public Radio until its closure in 2011. Prior to that employment, Ms. Buda worked consecutively for UNESCO and the British Broadcasting Corporation (BBC). She has led numerous training in journalism in South East European countries including Albania. In 2013, she was an External Advisor on International Affairs and Medias to the Minister of Foreign Affairs of Albania when her university classmate E. Panarity becomes MAE of Albania.

Ms. Buda is the co-auteur and second signature of “ The fate of Kosovo common declaration on basic principles“, the petition of French Intellectuals to the French Government, and to the International, Community to stop ethnic cleansing and terror in Kosovo, in June 1998.

Since 2000, she is the founder and President of “ Art, Culture, Literature”, a non-profit organization building bridges between two countries: Albania and France.

In 2013, she was awarded the prize of « Francophone personality of the year» by the “Organisation Internationale de la Francophonie“ and MFA of Albania.

Klara Buda is a professional member of the prestigious PEN America for free expression literature.

Ms. Buda is graduated in Advanced Studies, “Methods of History, Archaeology, and Art History” from École Pratique des Hautes Études (EPHE) at the Sorbonne in Paris, and earns a Master’s degree in Art History ( with mention) from (EPHE) at the Sorbonne University, Paris. In her native country Albania, she was graduated in Veterinary Medicine and conducted research in this field in UNCEIA, Maisons-Alfort, France, before changing her career direction to pursue her passion for literature. 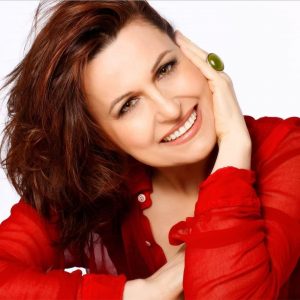 Her University work in the literature includes between others: Thesis, A Literary Biography of Mitrush Kuteli, in French, http://bit.ly/NtYg0t, and translation from Albanian to French the Mitrush Kuteli’s Novel, My County know how to drink Raki. Her novel, “Chloroform” received both critical and public acclaim and affirms the conviction that no system is able to completely erasing individual freedom and will.

During the Kosova Warr, Ms. Buda was the Director of the Albanian Department at Radio France International and collaborates with different French newspapers.  She is the founder of the TV & Film Production Studio, Beratinus, online Gazette KlaraBudaPost.com, the TV show Shqiperia si e Dua, ( hosted and directed in Bronx TV, NY) which through portraits of prominent and successful characters analyze the Albanian complexity, the evolution of traditional rites and customs towards the transition years within and outside the borders. In 2015, she created and directed in NY City, the TV Reality show Meet Your Eagle, whose mission is to connect Albanian descent all over the world.

In 2017, she was appointed as head of a council to promote peace between Kosovo and Serbia by the MFA of Kosovo after having presented a platform of ideas to bring together scholars, human right activists, and victims to articulate the best way to approach the Kosova-Serbia dialogue in the goal to make propositions to the government and the other decision-makers.

Klara Buda is of Albanian ethnicity and French Nationality and shares his time between Paris and New York. Since 2013 Klara Buda serves as a Senior Consultant on the strategy of communication and peace-building and since 2018 she is a Ph.D. candidate at European Graduate School.