The Hero – the psychological death was lost in the final version…

Roger Simonsz Hero’s Director of Photography answered to KBP about the experience in his Albanian first film project.

“We played with the themes of death, psychological death and surviving war…”RS 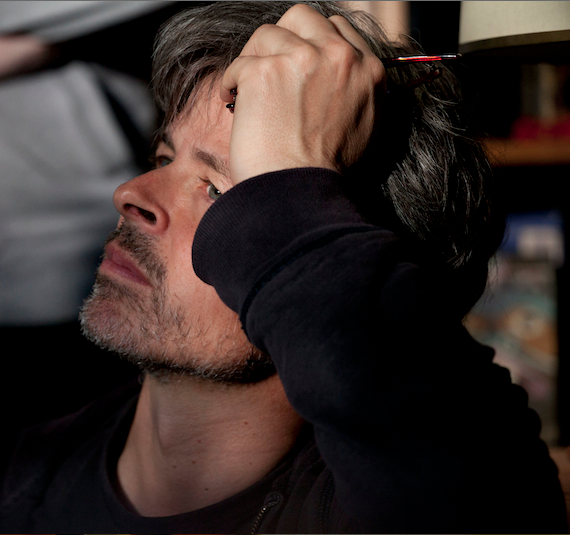 “We played with the themes of death, psychological death and surviving war […] but we had been making two different movies. Some people make films collaboratively, others like to force through their own ideas, whether they work or not”RS

KBP – Roger Simonsz, you are the director of photography of the movie “The Hero”, directed by Luan Kryeziu. What was your perception of  the hero?

RS – From the beginning I tried to make the movie speak to a wide international audience. We had many discussions with the director and I knew that a local audience was already going to be on our side because of the subject matter, but what interested me was looking for the universal truths in the story so everyone, not just Albanians, could identify with the film. We played with the themes of death, psychological death and surviving war. Arben Bjraktaraj perfectly found the character of the hero who we are never quite sure whether he survived the war or not. That gives a real edge to the story and allows an audience to follow his journey regardless of which country it happens in.

KBP – What do you think about the final version of editing?

RS – Unfortunately in the edit the emphasis was placed on the purely local elements in the story, which reduces the hero to a spectator to an unending series of events rather than entering into the painful journey of a forgotten man. Luckily the performances are strong enough to shine through.

KBP – How was your collaboration  with the director Luan Kryeziu? Did you work with him for the final editing of the movie?

RS – Doing a movie for a first-time director is always a challenge for a director of photography. There isn’t a previous body of work to look at and see if that person has a particular eye or take on the material. Further complicating matters was the fact we didn’t speak the same language and I often had to 2nd guess the intention of a scene. Whereas I really thought that the director liked the idea about treating the Hero as someone who could conceivably be seen as having died and entering into that world, it turned out he hadn’t really supported that take on it which meant we’d been making two different movies.

KBP – What do you thing of the possibility to put the actors in some beautiful scenes of nature, which is appropriate because the couple, having not a house, live almost outside? Could the introduction of some beautiful landscape contribute to relaxing the audience between a lot of hard scenes of misery?

RS – I think it’s difficult to divorce the setting from the story given that it takes place in Kosovo and we filmed it in Kosovo. Ideally it should have been shot in winter and not in the middle of summer, but low budget movies don’t have the luxury to wait for the right season. I personally never felt the need for the “tourist” section of the movie where the Hero takes his child into Pristina. To me he is better as a fringe character who lives a life away from the big city.

KBP – You said:” we[1]’d been making two different movies. It is possible to have two films from the same material?

RS – We had a discussion towards the end of the filming with the director Luan Kryeziu, when he said to Arben Bajraktaraj and I that he didn’t think that we had been doing the version we discussed, but the version he had in mind. This came as a bit of a surprise to us, but when in the editing he cut out anything that could have helped the idea that Arben and I had worked on, it became clear that he never knew how to follow it up. At one point in the editing process I proposed an edit that did support this, but the director rejected it. It is, therefore, possible to have two films from the same material, it just depends on how it is edited. The director has his very local, semi-political version, which appeals to a local market, but the version that, in my opinion, would have spoken to a wider audience was only seen by a few people. It’s his movie, he can do what he wants, after all, some people make films collaboratively, others like to force through their own ideas, whether they work or not.   [1][you and the director]