Rotation as braking to allow turning

“I believe that the Albania of these elections is at a lower point than in 2013 in a spiral descending towards a dangerous end due to the strengthening of the oligarchic-criminal system that we have established, shrinking the political and economic freedoms and consequently also the space for the birth of new anti-system movements.” Fatos Lubonja 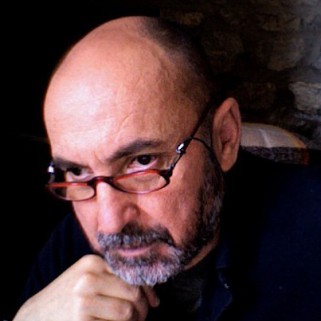 “The German poet Hölderelin says that ‘Where there is danger, there grows what saves’.  I don’t know how much this is worth for the Albanians, who have historically sought salvation individually and from foreigners, but to me allowing Rama to further increase the danger could bring us salvation unwanted by all, that through collapse.” Fatos Lubonja

Before writing this pre-election analysis, I decided to read what I have written nine years ago, on the eve of the 2013 elections. I noticed, with some surprise, how the main problem has remained the same, but also that, compared to eight years ago, we have a significant acceleration in the descending spiral of the system we have created.

Analyzing the activity of the opposition of that time (Edi Rama’s Socialist Party), I note that there were two attitudes within it. According to one, the main electoral battle should have been the fight against the authoritarianism of Prime Minister Berisha, his capture of institutions, the creation of monopolies. For that, a broader opposition coalition should have been formed, including LSI (socialist movement for integration), who had been part of the majority.

According to the other, the opposition had to form a coalition with the voters, not with the small parties, much less with LSI. I called this the “union or purification dilemma” in the sense that while the “union”, in the name of the defense of the foundations of democracy, meant union with the LSI of Ilir Meta accused of corruption, (but also greater opportunities to win the elections), on the other hand, the “purification” was necessary for the opposition to gain the lost trust of voters disappointed by the established oligarchic system, but at the risk of losing the elections.

My suggestion was that “the campaign should be imposed as a fight against authoritarianism and would require concrete promises from the united opposition to establish and strengthen independent institutions” warning that indeed “in this case the time of “Purification” […] will be postponed “, but” without democracy, it is difficult to be able to do such things “. (“PS, together or alone”, Panorama, 11 April 2012)

The most serious critic of that article was that it would have been better if PD had won once again because only in this case we could have created a movement to overthrow the entire corrupt caste in power, otherwise this kind of rotation Berisha – Rama – Meta – Berisha – and so on – would serve only as a facade, which instead had to be demolished in order to clearly see the ferocity of the robbery system that these gangs have put together and to know better who to fight and how to fight it.

I responded to this argument by stating that although I myself had called them ‘gangs’ and not ‘parties’ and talked about the need to distance ourselves from both, in the name of something new, I still had a lot of reservations on the suggested variant because “it is difficult to give birth to a new, healthy movement in a country immersed in a degradation like ours” with “a youth increasingly uneducated, submitted, involved in the organized crime.”

The solution I proposed was the same I propose today: that our efforts should be so that our parties/gangs “put an end to the struggle to annihilate each other for complete control of territory and absolute power and transform themselves into parties controlled by justice, media, the voter.” (The evolution-revolution dilemma, Panorama, April 18, 2012).

Today, after eight years, I find that the dilemmas “unification – purification”, “evolution – revolution” of today’s Rama’s rule remain the same and even more accentuated. Just like eight years ago, there are those who say that it is better for Rama to win the third term so that purification and punishment can take place through a new force (they also give the example of VV in Kosovo) and those who ask for the unification of the opposition against Rama’s growing authoritarianism, the capture of institutions, and the creation of monopolies through the collaboration with organized crime.

Personally, on the basis of the current context, and on the experience of the disappointments we had with the two movements that arose in the first four years of Rama’s government, I reiterate the need for an union of the opposition parties/gangs of the system in order to stop the slide into an increasingly dangerous descendant spiral on the level of democracy, but also of the economy. To the arguments of eight years ago in favor of this option, I want to add some comparisons that show that today’s Rama risk is even more severe than the Berisha risk of eight years ago, making it even more difficult for new forces of purification to emerge:

– Eight years ago Berisha was not the only one in power like Rama today, he also had Meta’s LSI in the coalition, which made his power weaker than Rama’s today. In fact, a passage from Meta to the other side was enough, and he lost his chances of winning.

– The most powerful and influential groups in the country, the oligarchs, were divided; Berisha had his own supporters among them, Meta had his own, but also Rama maintained strong ties with the oligarchs that he had supported for more than a decade as mayor of Tirana. Today they are all on the side of Rama.

– At that time the two national media in the country, Top Channel and Klan, were on two different poles, today they are both controlled by Rama along with almost all the others.

– Justice was mostly controlled by Berisha, but inside it there were prosecutors and judges linked with Meta, even those linked with the Socialist Party, while today, after the reform organized and controlled by Rama, it is almost completely in it’s hands.

– The strongmen of organized crime were closer to the government of that time, but their collaboration with Rama’s government of this second term, has known a terrible leap in quality in capturing not only the state but also the economy which, through money laundering in construction, is leading the country into a bubble with unpredictable consequences.

– The Albanian intellectual elite, civil society, as far as we can speak of such things in Albania, eight years ago were more independent and more pluralist than today.

– The Albanian people today are more disappointed by the politicians of eight years ago, more surrendered. The escape from the country as a way of safety is much more numerous than eight years ago, and this is an added factor to its weakness in reaction.

For this reason, I believe that the Albania of these elections is at a lower point than in 2013 in a spiral descending towards a dangerous end due to the strengthening of the oligarchic-criminal system that we have established, shrinking the political and economic freedoms and consequently also the space for the birth of new anti-system movements.

In my opinion, the first term of Rama-Meta (2013 – 2017) served to somehow curb this descent, which would have accelerated with a Berisha 3, creating even the possibility of the birth of new movements, but with Rama 2 alone at the helm it is terribly accelerated. The rotation is necessary to brake the collision with the bottom of this spiral since, in order to make a possible turn, it is necessary to brake first. Without metaphors, by this I mean that a third term of Rama will criminalize his party/gang in power even more and the more it will be criminalized the more, to avoid falling from power, it will restrict the spaces of freedom and inflate the criminal economy bubble that keeps him in power Abyssus abyssum invocat.

The German poet Hölderelin says that “Where there is danger, there grows what saves”. I don’t know how much this is worth for the Albanians, who have historically sought salvation individually and from foreigners, but to me allowing Rama to further increase the danger could bring us salvation unwanted by all, that through collapse.