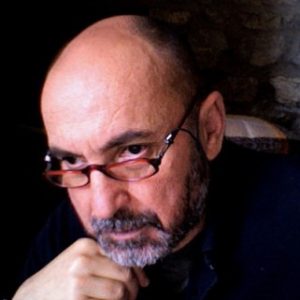 Fatos Lubonja is a Writer, journalist, and human rights activist.  Imprisoned during the 1973-1991 period by the Albanian regime, he is one of the very few Albanian dissidents*.

Graduated from the Department of Physics at the University of Tirana, he is one of the eminent members of the Albanian elite and became a harsh critic of post-communist Albania.

He is active in the Human Rights fight; in 1991, he had served as the secretary of the Albanian branch of the Helsinki Committee.

He publishes Endeavour quarterly, which aims to introduce the readers to the literary output of Albanian intellectuals of the prewar era and to initiate an open debate about the current issues.

*Enver Hoxha’s regime was one of the most despotic in the former Eastern bloc. It was almost impossible to be a dissident. Fatos Lubonja is one of the very few.