There are several ways to express the truths of a bygone era, which continue to weigh down and even haunt our collective conscience today. In order to alleviate their conscience, many uncover never-heard-of (and often imagined) heroic deeds or boast of being unsung dissidents during those dark times. These individuals want to secure purification and revive their pride in the eyes of others[SC1] , with a little help from “truths” either mostly or entirely constructed of lies. 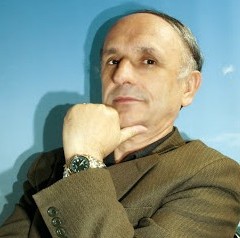 The fever of “testifying” about the past has taken over individuals, collectives and even government institutions. Unfortunately, these sanctioned truth campaigns have either failed or become ridiculous.  The discussion of the past generates no analysis and sheds no light on the root of the evil, but instead manipulates the present. Very often, trumped-up exposes fail to elicit the desired reaction from the listeners. Moreover, thousands of pages have been devoted to declarations of “ultimate truths.” We[1] have only to point out the total failure of the current government to show once and for all the true nature of the dark path that we were [SC2] obliged to travel for many years. Is it not true that the more than twenty-year effort spent attempting to open the secret files of the previous regime was a complete and utter failure? Is it not true that we are wandering inside a hopeless maze while under the illusion of walking toward the truth? Is it not evident that this truth is presented in so many different forms that it has become unbelievable?

Fortunately for us, there are still ways to confront and fearlessly study the past in all its negative glory. Art is one of the finer and more elegant and believable forms; it can display the many dimensions of the past as no other means of expression can. Without a doubt, Klara Buda’s Chloroform is one of the best of such displays; it is full of sadness, confusion, pain and sharp sarcasm. The novel is thoroughly submerged in grey and permeated by death from the beginning to the end.  Masks and disfigurements dominate, because no one is who they claim to be or should be. Their names and their entire beings are constructed of lies and deceit. One individual contains contradicting images gathered from different cadavers, where “some of the features…showed a young age, whereas others would be more common in the elderly.” This has occurred because “in that hierarchical system, age was an unimportant element.” The time described is a time out of time. The characters move like shadow puppets whose destinies are already predetermined, because they live in a strictly regulated ghetto. Even Marenglen Qani himself – the Dog of the times – is nothing but an absurd character of an absurd time. His world is limited within the indefinite universe of the body parts severed from cadavers. He is both tragic and comical. He is a dual murderer because he “murders” life even after it has been extinguished or before it has been born. He is the mask he wants to hide behind. “How could one understand the expression of an individual, whose only purpose was to keep his eyes hidden at all times?” the narrator asks. He is a shadow of a time of shadows, and he hides his eyes because he wants to hide his macabre acts.

The best feature of this novel is the fact that its author manages to describe the events and characters in a very original way, by shedding light on the simplicity of their world. This artistic way of portraying characters and events manages to rise above pointless simplification to become Klara Buda’s most distinguished and accomplished feature. The author is not in a rush to make her characters distinguished or to pile fake heroism upon them. She does not try to force their discovery or their diversity, and she refuses to falsify them artistically. The author does not care if her characters do not read like the stereotypes that populate the TV screens and front pages of the media. These stereotypes typically fall all over themselves in their efforts to “testify” about the regime, but in doing so, instead of dealing with the essence of things, they merely showcase their own imagined courage. Klara Buda clearly tells us that we should not expect earth-shattering deeds and hardy opposition to the totalitarian regime from her characters, or her “islands of freedom,[2]” as she called them in a television appearance. They are just regular human beings, and she takes the difficult and ambitious approach of describing the totalitarian regime through their eyes. She masterfully selects and describes spellbinding moments from their common existence. Her characters hate, oppose and fight the regime in their own innocent and very human ways. They do not discuss politics. Politics does not even enter their young dreams. They prefer to talk about Sappho, the Lesbos Island, and the taboo that surrounds the great poet of antiquity. They love in a simple way, never imagining the infinite abyss into which their simple love will ultimately push their lives.

Klara Buda succeeds in exonerating her affable characters twice over. First, they are within their rights to protect their dreams from being extinguished. That is the most elementary premise of human life. However, if she stopped here, Klara’s work would never display her extraordinary writing skills. Instead, she goes further by presenting people with innocuous and innocent dreams. They do not want to overthrow anything but the invisible walls within their own souls. Thus, she makes the reader ask some very hard questions. What is the crime of these innocent youngsters[SC3] ?  What is their sin, apart from the desire to live, love and protect their dreams before realizing them? What is their guilt, when their only ambition is to live normal lives? The author does not label them as anti-totalitarian, because their wishes and ambitions are very private and humble. The characters are delicate and almost invisible, and only the pen of a true artist can describe them accurately. In my opinion, the author is very conscious of the boredom and loss of interest she risks inducing when she makes these characters the focus of her novel, but she avoids that pitfall brilliantly.

Chloroform is the first published work of this author in the beautiful but difficult path of prose, and she acquits herself like a pro. The plot is seamlessly constructed and captivates the reader from the first to the last page. Her style goes beyond the worn-out schematics of a traditional novel, incorporating interesting twists and turns. The first pages give the impression of travelling a bleak and monotonous route dominated by death, but then the reader suddenly feels the presence of light, even if very pale, in between these islands disconnected from our times.

It is worth mentioning that the author’s extensive experience as a journalist and a physician gives a unique flavor to the novel. Both professions help her to paint believable and dynamic scenes. However, her journalistic background influences some of her writing, which can sound out of place in a literary novel. Several phrases representing deformed slogans of totalitarian regime like “Pseudo-art like a flower at spring…blossoms stronger every day,” or “…when the all -powerful Tirana Radio entered the game, with its deep reaching waves to all the obscure corners of the world…” while masterfully ironic, do not necessarily add to the value of the novel.

Despite this criticism, I feel confident in stating that Klara Buda’s Chloroform is a great achievement for the author. She shows her thorough knowledge of the art of writing and promises to perfect it even further in her future work. As I wrote in the beginning of this critique, I firmly believe that the fundamental truths of the totalitarian regime will come to light through the dignified expression of art and literature, despite the failure of political tribunes to uncover those truths. Klara Buda’s new novel Chloroform is the best illustration of our hopes.

[1] With we the author understands himself and Albanian audience

[SC1]Do you mean others’ pride in them as opposed to their pride?

[SC2]Again, who is “we” and what government? Are the writer and assumed audience of this essay both Albanian? This needs to be clarified if the essay is to be published in a less localized context.

[SC3]Why is this most likely? Is the novel specifically targeted at/marketed to people of this age?