The presence of an important number of Albanian Americans in the NYPD as well as the origin of two killed officers are examples which clearly show that the category of “white police officers” is not a close group ethnically, but come from different horizons and from different countries.

The picture seems to be more nuanced then black and white … 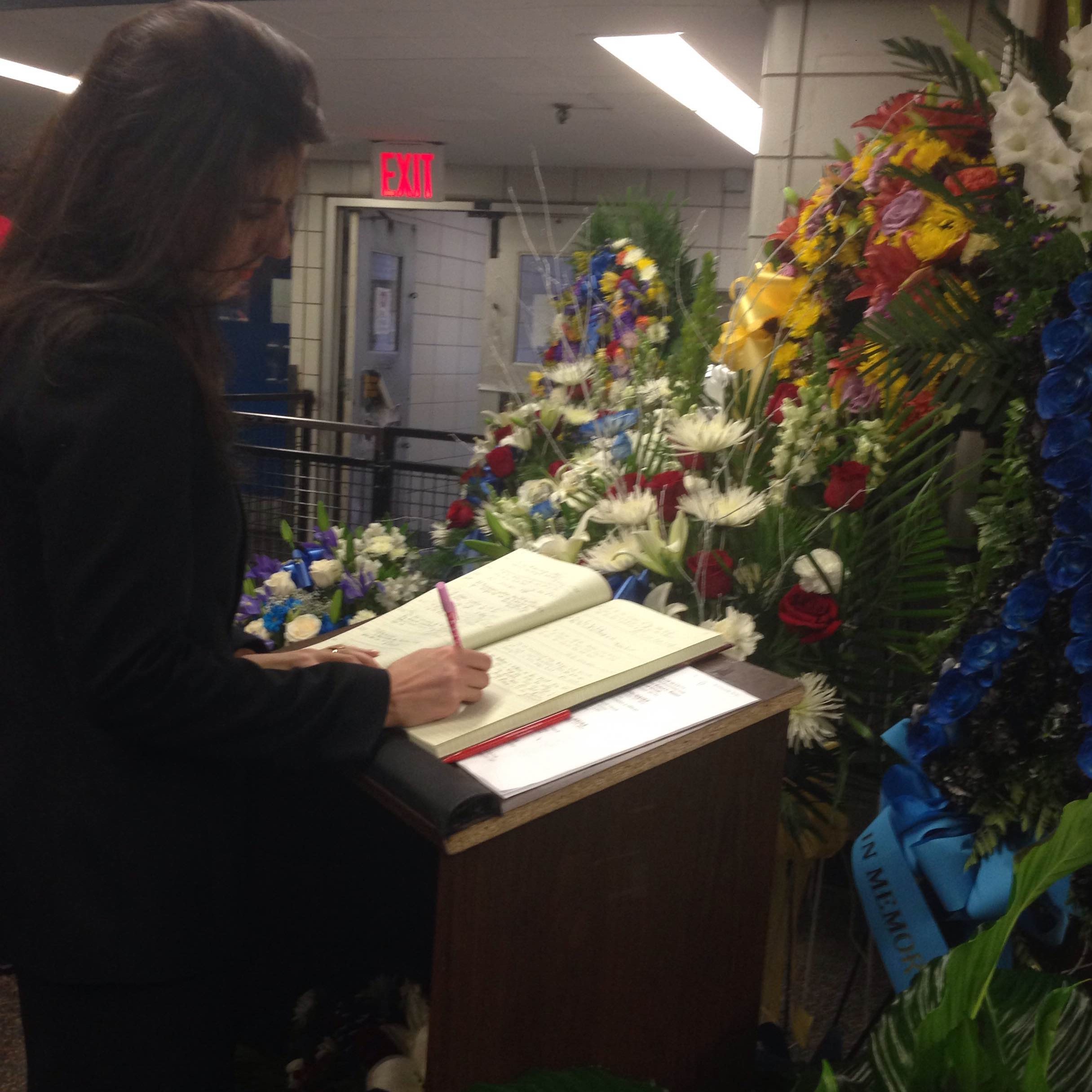 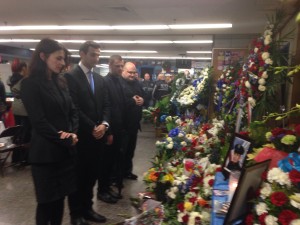 This Wednesday on Christmas Eve, Kosovo Consul Vlora Citaku and  Consulate  staffs placed flowers at the Memorial set- up inside of the PCT84  Commissariat of  the two killed police  officers. Kosovo Consul spoke  to the Commanding officer and other high ranking officials  expressing her condolences and left her impressions at the NYPD (New York Police  Department) condolences book.

“Everyone in the Commissariat was impressed and thankful for the presence and the support of  Kosovo Consul ” said Arben Dedaj who works as a volunteer at this unit, to klarabudapost .

A number of Albanian-American, professional and voluntary collaborators work in the PCT84 Police Station of New York, part of which were the two officers Wenjian Liu and Rafael Ramos, killed Saturday, December 20th 2014. 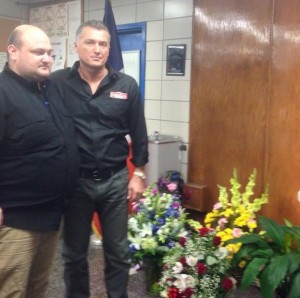 Two of them, Eltion Shametaj and Arben Dedaj, had been colleagues of the officers  who lost their lives and Eltion Shametaj was also their patrol partner. Together with many  other Albanian Americans they stayed up late last Saturday waiting for the return from the  morgue of the bodies of their profession brothers. On Sunday they were joined also from one of the brothers Kolaj, owner of Famous Famiglia Pizzeria who not only supported morally PCT84 Police officers, but also offered food for everybody in the  police station, as a solidarity sign.

Arben Dedaj has confirmed to KBP that members of the New York police station strongly appreciated the support and the gesture of Giorgio Kolaj, active not only in the Albanian community but also in American humanitarian actions. Famous Famiglia, owner of a vast network of restoration in America and in many others countries around the world is from a long time supporting the D.A.R.E organization, which teaches  students good decision-making skills to help them lead safe and healthy lives.

The Albanian Americans not only supported the NYPD in those days after the murder of two police officers but they are a  real force in the heart of the NYPD. Hundreds of them are part of the Illyrian Society  of Law Enforcement Officers, an organization, which values their contribution in the  respect of order in New York City.

I reached personally Captain Flamur Cani, a long date police officer in NYPD and the President of Illyrian So 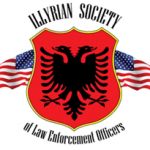 I was surprised to learn from their friends that Flamur answered to my demand from his hospital bed, where he was stuck with a health problem; this wish seemed to be truly dear to his heart. 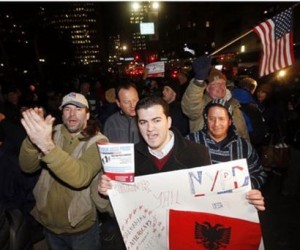 The Albanian community was involved previously in the support of the New York Police department NYPD.

On December, 19 Marko Kepi, President of the Albanians Roots had participated in the manifestation organized in Staten Island by a FB group  named: ” Thank You NYPD”  on support of New York Police Department after the contested decisions by grand juries in Missouri and New York.

Last week I had followed protests, which continued to percolate nationally in the wake of decisions by grand juries in Missouri and New York not to indict police officers in the death of two unarmed black men.

The presence of an important number of Albanian Americans in the NYPD as well as the origin of two killed officers are examples which clearly shows that the category of “white police officers” are not a close group ethnically, but come from different horizons and from different countries.

The picture seems to be more nuanced then black and white …