CENTER FOR THE PROMOTION OF ALBANIAN CULTURE AND ART 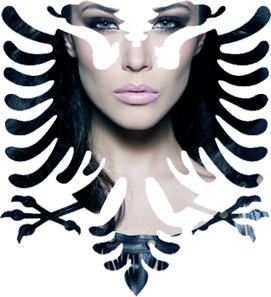 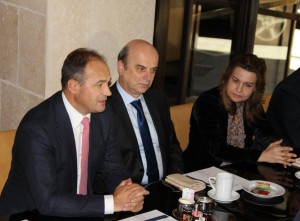 During 20 years working and leaving in Paris, in parallel with my work in Radio France Internationale, I followed especially almost every Albanian Cultural and Politic activity in France. I early understood the importance of Cultural Centers for the promotion of a country.

There are a lot of people that think that this is the work of Albanian Embassies in the world, that when Albania last year had difficulties to pay for the Embassies services how the country can find money for the Cultural Centers.

So, Cultural Centers, in opposite of some dominant thought in Albania, aren’t “sang sue” of public money, but a real help in the international recognition of a country and an inestimable help for attracting foreign investors.

This is the reason that I suggested in 2012 to work in this direction to the Minister of Foreign Affairs of Albania who agreed. In summer 2012, I had accepted the invitation to be External Advisor to the Foreign Minister, an act which was  in accord with my always wish to do samething for my country that I left after the fall of totalitarian regime 24 years before.

I took contact with the team of Diaspora Direction in this Ministry, who has been involved in a this kind of Project in the past, which didn’t succed.  They expressed doubt that this kind of initiatives, which failed for years can be done in such a short period (the mandate of the Minister was less then a year until the future elections of summer 2013).

While nobody believed that the Albanian government could finalize this kind of project in the last year of its mandate, and others insisted that this is not a priority in the actual economic condition of Albania, I decided to work for this goal, seeing on it an important way to contribute in service of my country and in Albanian Culture.

But working for building the concept, I faced the dominant doubt that this kind of projects cannot succeed. I made it my personal challenge!

And because I always considered important that this center represent the Albanian Culture on its totality, I had the idea of a commune center between Kosovo and Albania. The Albanian Minister of Foreign Affairs, Mr. PANARITI, supported my idea and took the initiative to propose it to the Minister of Foreign Affairs of Kosovo, Mr. HOXHAJ, during his first visit in Kosovo, in July 2012. They agree and decided together that the Promotion Centers for Albanian Culture and Arts will be a joint project between Albania and Kosovo.

This initiative was launched at a meeting with New Yorkers Diaspora that took place on Tuesday, September 25, 2012 in New York City (NYC).

Both Ministres declarent that Albania and Kosovo  will finance for the conception, the establishment and functioning of the Promotion Center for Albanian Culture and Art in NYC. Long-term objective is that these structures can be self-financed to a large extent up to full self-financing over a period of 3-7 years.

But some others, having a better knowledge of the functioning of Albanian government in power, including the representative of Albania in Nations Unis, wished me ironically “ good lock” in this initiative. Other friends continue to be skeptic and keep asking me if now I was member of the “klan”? When I answered that I was not member of any politic party, which is incompatible with my first profession as journalist, they prevent me that until I was not member of the “klan” in power, my project will never see the day.

In the inauguration of Israeli Embassy in Tirana, in August 2011, while I truncate the glass with the PM Rama, this time leader of oposition, knowing how much he cares about art and culture, I told him about the project.

He shakes his head skeptic too, “ That cannot happen now!” Mr. Rama said. In this moment, I was skeptic concerning his prediction, but as my other friends, the future Prime Minister was right.

Shortly after, the Directory of Diaspora was transferred  to the Prime Minister office direction (right government in power in this time) and in the end of his term the PM announced that the first Albanian Center would be open in Istanbul.