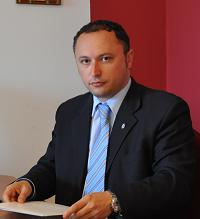 Veton Latifi PhD – is an associate professor of political sciences and international relations at the South-East European University (SEEU) in Tetovo, Macedonia.

Prof. Latifi is an author of several books in the field of the political sciences and international relations: “NATO and the EU: New Relations in Crisis Management” (2012), “Concepts of Democracy” (2009); “Political Leadership”(2009); “Politicology”(2008); “The negotiations for signing the Ohrid Framework Agreement”(2008); “Negotiation as a primary technique for conflict resolution”(2007), “Theories of Political Sciences”(2007); “Political Institutions”(2007); etc.

He has been a speaker at many international conferences and universities in Europe and the USA including: Harvard University, John F. Kennedy School of Government (USA), London School of Economics and Political Science (UK), European Academy of Berlin (Germany), University of Missouri (USA), University of Massachusetts at Amherst(USA), Central European University (Budapest), Dalhousie University (Halifax, Canada), etc.

He holds a PhD degree on Political Sciences (2006), and MA degree in International Relations and Diplomacy (2003). Awarded with the Annual Prize for the Personality of the Year for 2010 for Macedonia by the Foundation Image and Media from Albania, for his special contribution in strengthening the democracy in Macedonia; and in promoting the Euro-Atlantic values in the Balkans. He is a winner of the First Prize “The best young Scientist/ Researcher of the year” for 2007 in Macedonia, awarded by the Macedonian Academy of Sciences and Arts in Skopje.

Prof. Dr. Veton Latifi is a President of the Institute for Democracy and Development based at the campus of the SEE University.