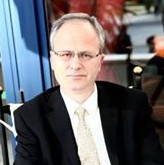 His main publications include foreign ‘Foreigner Complex: Essays and Fiction about Egypt’ (UOBPS 2002), ‘Mother Teresa: Saint or Celebrity? (Routledge 2007), ‘Madre Teresa: Santa o Celebrità?’ (Salerno Editrice 2008), ‘Encounters with Civilizations: From Alexander the Great to Mother Teresa’ (Routledge 2017), and ‘Mother Teresa: The Saint and Her Nation’ (Bloomsbury 2020). He is also the author of a number of studies published in peer-reviewed journals and edited volumes.

Sponsored by Arts Council England, Alpion’s plays ‘Vouchers: A Tragedy’ and ‘If Only the Dead Could Listen’ were well-received in England in the 2000s, and published in the UK and the US in 2001 and 2008 respectively.

Alpion is considered ‘the most authoritative English-language author’ on St Teresa of Calcutta, ‘the founder of Mother Teresa Studies’, and ‘one of the most intelligent and acute observers on the subject of Albanian culture’.

The Albanian Government bestowed upon Alpion the ‘Albanian Nation’s Ambassador Award’ in 2018. In 2021, the President of Albania conferred on Alpion the ‘Mother Teresa Award’.

Alpion and his wife Dashi, who is a Careers Adviser at the University of Birmingham, have two children; they live in Birmingham.