The two Albanian codices, Codex Purpureus Beratinus 1&2 are very important for the global community and the development of ancient biblical, liturgical and hagiographical literature. The seven “purple codices” were written one after the other over a period of 13 centuries, i.e. from the sixth to the eighteenth centuries. The place of its production, according to Codex data, is believed to be Constantinople or some other centre for producing Byzantine imperial books.The two codices represent one of the most valuable treasures of the Albanian cultural heritage. 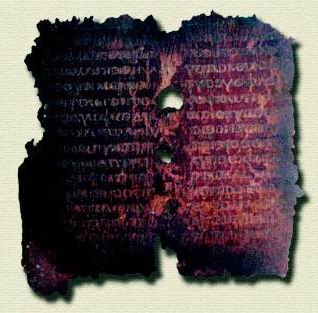 The nominated items are two very old Gospels (codices) found in Berat, Albania: “Beratinus 1”, dating from the sixth century, and “Beratinus-2” from the ninth century. Both form part of the seven “purple codices” which survive today. Two of the “purple codices” are preserved in Albania, two in Italy and one each in France, England and Greece. They are the most valuable treasures of the Albanian cultural heritage.“Beratinus-1” – sixth century is a Gospel handwritten in uncial majuscules. It represents one of the three or four oldest New Testament archetypes and is an important reference point for the development of biblical and liturgical literature throughout the world. “Beratinus-2” – ninth century comprises Gospel manuscripts from the standard text period. Some paragraphs are semi-uncial. In terms of style and age, it is comparable to Greek Codex 53 (Saint Petersburg). It contains the four complete Gospels. The two Albanian codices are very important for the global community and the development of ancient biblical, liturgical and hagiographical literature. The seven “purple codices” were written one after the other over a period of 13 centuries, i.e. from the sixth to the eighteenth centuries. The two codices represent one of the most valuable treasures of the Albanian cultural heritage. Source UNESCO II

Codex Purpureus Beratinus is one of the most valuable items Albania has inherited from the Middle Ages. According to the Chronicle of Skuripeq, the Codex had been in Berat since 1356. The locals had saved the codex from the hands of a number of aggressors by hiding it in the tower of the castle, along with 25 other books.

For almost five centuries, nothing had been heard of the this Codex until 1868, when the bishop of Berat Metropolis, Anthimis Alexoudes, mentioned three purple codices that were found in the castle of Berat. Thereafter, the codex recaptured the attention of the scholars and the general public. According to the tradition, the codex was concealed in times of peril (war or occupation) and the hiding place was not given in until the restoration of peace. Hence, the codex remained in Berat and survived intensive efforts by various armies to seize it, throughout the centuries. We do not know when the codex was last hidden, but in July 1968 it was discovered in an undercroft in the sanctuary of the Dormition of the Theotokos (present-day Onufri museum) in the castle of Berat. The codex was in poor conditions due to moisture. In 1971, it was restored by the Institute of Archaeology at the Chinese Academy of Science and, upon return to Albania, was sent to at the Albanian National Archive, which houses it to date.

Codex Purpureus Beratinus is part of the Codices of Albania Fund (F 488) of the Albanian National Archives, File 1. It is also referred to as Beratinus Purpureus Φ 043. The codex comprises 190 pages, 230 x 215 mm and contains the text of the Gospels according to Saint Matthew and Saint Mark. The text is written on purple parchment (significantly deteriorated). Each page has the text written in two columns with 17 verses each. The letters are written in silver instead of common ink but the nomina sacra are written in gold. The first verse of the Gospel according to Saint Mark is also written in gold. The manuscript is written in majuscules. The only decor of the Codex is found on page 112, at the end of the Gospel according to Saint Matthew. The decor depicts a drawing in the shape of a portico, heading towards the right side. The portico’s stripes are filled with zigzag and ornate motifs. The codicological traits suggest that the Codex dates in the VI century, enlisting it among the five purple codices from this century. The place of its production, according to Codex data, is believed to be Constantinople or some other centre for producing Byzantine imperial books.