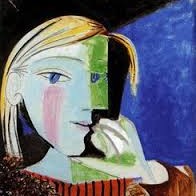 The grotesque names of Buda’s characters further hint at the depersonalization of modern humans. Grotesque alienation is used in contemporary literature often and, according to Kayser, always in relation to changes in reality that are outside our control. “The world we live in,” he states, “is controlled by outside powers that either turn people into puppets, or drive them crazy”.It is for this reason that this narrative contains characters with obliterated souls, broken and mutilated by the pressure applied to them. This is also the reason that they are effigies of lost people, embodiments of human souls murdered by the relentless onslaught of demagogies and ideologies of dictatorship. Qani is presented as grotesque and disfigured because he embodies the distortion of man under dictatorship. The denomination of this character has negative emotional connotations.

…Marenglen, but they call him Qani for short.

-Yeah,-the other said, -Qani has no connection to Marenglen, it is not his shortened name. I don’t know why they call him that. Maybe they just picked it because Marenglen did not fit him at all.

– I remember, -the older one continued without paying any attention, – when he first started working here. People used to laugh whenever he said his name. Every time he introduced himself, people thought he was joking since such a wretch could never be called Marenglen.

– Surely, someone classier should have the name that derives from the ideators, -the new nurse said.

– But Qani stuck to him immediately, nobody knows why. Maybe he was a copy of his boar of a father.

-Oh yeah?-She reacted a bit too late to her coworker’s comment.

-Yes, they call him Qani after his father, Baba Qani, -she concluded.

Luisa Kodra’s character does not speak in the novel. She is not given a voice because the narrator focuses on her story rather than her as a character, showing more interest in the message than in its messenger.

Luisa Kodra’s character is extremely shocking but also difficult to visualize; She is an individual at the lowest level of the social hierarchy, almost a slave. This is the reason she does not have a voice. She is a simple woman without an individual consciousness, which condemns her to a tragic fate. Undoubtedly, she is the most tragic victim of the novel, which is why she cannot be a secondary character.

The characters in the novel are unveiled very gradually, first with physical descriptions that hint at their souls, then with their most typical actions, and finally in dialogue. They are also shown through the ideas they support, but because they can never express everything due to their censorship and self-censorship, to not implicate the author voice, the most intimate and hidden parts of themselves are expressed by using the stream-of-consciousness technique or excerpts from personal diaries, which enable the author to discuss real facts and analyze ideas that could not otherwise be discussed in the novel (such as the ideas on society and art expressed in Alma’s lover Adrian’s diary, which is discovered by the Sigurimi, the secret police).