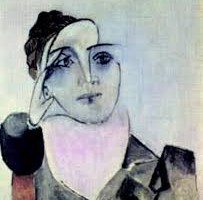 Literary authors may introduce their characters by describing either their inner worlds or their actions. The connection between the characters and their actions is unavoidable, because their personalities come through in these descriptions. F. Stancl says, “The character and his or her actions are the main source of epic literature. Behavior is a sign of individuality. In any action, the pure purpose of the acting individual is to unfold the image for his character”. The characters of Chloroform (Qani, etc.) are presented through grotesque actions. These behaviors are a sign of depersonalization, suggesting, as Henry James suggested, that a character is no more than the sum of his actions. According to Freudian psychoanalysis, our actions, words and feelings are limited by society and its rigid rules. Ass the superego pushes the ego to compromise, the individual exhibits what is considered normal and moral behavior in front of others. From this point of view, a part of the soul dies without having a chance to express itself when its owner is surrounded by others, since the true self is never shown; all that is shown is the part of the self that others perceive to be appropriate. The principal characters of the novel embody the notion of the individual who is free from the pressure of the superego and thus can be genuinely him- or herself, regardless of how “ugly” that self might appear to others. The actions, at the beginning of the introduction of the characters, are very grotesque. The characters perform random acts that serve to demonstrate the monotony and uselessness of their lives. Links to the outside reality are sometimes deliberately obscured by the author, so that attention can be directed to the characters’ consciousness and subconsciousness. The most important events happen inside, giving the impression that objective time is frozen. However, the rhythm of experiences is unusual. Time moves lazily, because the protagonist (Alma Fishta) cuts all relations with her surroundings and uses her conscious and subconscious mind (both of which work very slowly) to ponder and express sensations, experiences, impressions and memories of an undetermined time.The attention is deliberately focused on Alma’s feelings, sensations, dreams and fantasies, so that the whole human soul drama can unfold. Innocent dreams of love and motherhood cannot be realized where human freedom is executed at every turn. In order to transmit this fundamental message, Buda brings the grotesque to a maximum through a strange and ridiculous situation where the inappropriate becomes violent and ends in horror. This is expressed neatly during Alma’s delirium during the operation scene, a state between dream and reality,

“This is a holy orifice, the doctor continued, while pushing the index finger (encased in a surgical glove) towards the vagina, but why not this one? […] The gloved finger now returned to the anus piercing the body like a pike. […] Alma, like a pinned butterfly, writhed at the operation table but could not escape the surgeon’s hands. Suddenly, she jumped too high and found herself up in the air, falling. Aaaaaaarghhh!” (pg. 170).

Once more, this extreme situation brings to light the treatment of people like animals – in this case, like insects, which are even lower than mammals on the evolutionary scale. The unique narration interposes hallucinations on the confused and murky reality, hinting at a long period of numbness, isolation, violence, and terror. The scene in the surgery room – whether a hallucination or a real episode, a question purposefully left unclear by the author – is the materialization of the figurative rape of Alma by the regime.

The atmosphere at the end of novel is imbued by deliriums, hallucinations, and uncertainty. We never learn whether Alma had her abortion or whether she managed to escape the clutches of the perverse surgeon.

The last phrase – “She didn’t understand that she was waked up from the anesthesia” (pg. 189) – has a double meaning: the awakening of Alma Fishta from the “nightmare,” and the identification of the totalitarian period indoctrination with narcotic substances. In other words, this represents the treacherous shot from the regime while under the numbness of ideology. There is a dual allusion to a possible awakening, a potential escape from twilight zone.