Welcome to my author page!

It is depend to you, what this page would be! I don’t want it to be a monologue, but it is depend to you that this page wouldn’t be a one-sided. I want to know you then I will be able to talk about your issues. I knew that there are problems, but your voice will make them more specific in my eyes and I can help to solve those problems. Hem! Right now you might be wondering, what tipe of problem a novelist solves? Let’s see…How about boredom? Read More

Klara Buda is a journalist, writer and media expert. She earned a Master’s degree in Art History from École Pratique des Hautes Études (EPHE) in Sorbonne, Paris, where she studied also French Literature and Civilization. In her native country Albania, she was graduated in Veterinary Medicine. Son ouvre de fiction explore the individual freedom, her personages are individuals who find refuge from destruction and ways to survive, creating freedom islands within the most hermetically closed totalitarian systems. In 2011 she founded her TV and Film production studio, Beratinus, in New York City and in 2014 the online newspaper KlaraBudaPost whose mission is to promote the press freedom and the journalism ethic on service of the public. Read More 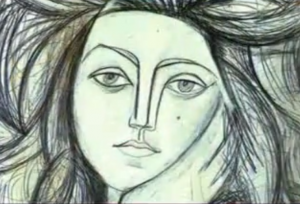 After finishing her studies on Comparative and Modern Literature at the University of Sorbonne, Paris IV, she decided to change her initial profession of Veterinary Medicine, in which she was graduated in his native country, Albania. Later she attended Ecole Pratique des Hautes Etudes, of Paris in social sciences the department of History, Archaeology and Art History. In 1996, she worked under the leadership of renowned Latinist Christian Gut. She was awarded the Diplôme d’Etudes Approfondies, Master of Advanced Studies in Art History for her thesis on Mitrush Kuteli.

During her studies in Paris, Ms. Buda worked as a consultant in communications for the United Nations Educational Scientific and Cultural Organization (UNESCO) and collaborated as stringer with BBC and Radio France Internacionale, where in 1992 she founded the very first emissions radio in Albanian. In 1999, she began working as a journalist for Radio France Internacionale (RFI). Due to her professionalism, in 2006, RFI promoted Ms. Buda to Chief of the Albanian Department of RFI, which she led until its closure in 2010. RFI, whose experience, she consider had played an important role in his personal evolution, financed her studies in Creative Writing in USA. Her first novel, “Kloroform” received both critical and public acclaim. The novel captures the absurdity of a system where freedom is suffocated in the light of day and in public view. Memorable characters – some more steady and secure than others – find refuge from destruction and ways to survive, creating freedom islands within one of the most hermetically closed totalitarian systems in the former communist bloc. Through her masterful prose, Klara Buda once again affirms the conviction that no system, no matter how manipulative and perversely capable of feeding fear and repression, is able of completely erasing individual freedom and will. In 2011 she founded her TV and Film production studio, Beratinus, in New York City and in 2014 the online newspaper Klara Buda Post whose mission is to promote the press freedom and the journalism on service of the public.