What Greece Needs to Prosper 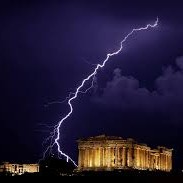 NEW YORK – Some economists overlook the modern idea that a country’s prosperity depends on innovation and entrepreneurship. They take the mechanistic view that prosperity is a matter of employment, and that employment is determined by “demand” – government spending, household consumption, and investment demand.

Looking at Greece, these economists argue that a shift in fiscal policy to “austerity” – a smaller public sector – has brought an acute deficiency of demand and thus a depression. But this claim misreads history and exaggerates the power of government spending.

Much of the decline in employment in Greece occurred prior to the sharp cuts in spending between 2012 and 2014 – owing, no doubt, to sinking confidence in the government. Greek government spending per quarter climbed to a plateau of around €13.5 billion ($14.8 billion) in 2009-2012, before falling to roughly €9.6 billion in 2014-2015. Yet the number of job holders reached its high of 4.5 million in 2006-2009, and had fallen to 3.6 million by 2012. By the time Greece began to cut its budget, the rate of unemployment – 9.6% of the labor force in 2009 – had already risen almost to its recent level of 25.5%. These findings weigh heavily against the hypothesis that “austerity” has brought Greece to its present plight. They indicate that Greece’s turn away from the high spending of 2008-2013 is not to blame for today’s mass unemployment.

But it is Greece itself that must take charge of its reforms. And there are encouraging signs that Prime Minister Alexis Tsipras is willing to take up that cause. But he will need a sense of the required reforms. Greece must dismantle corporatist arrangements and practices that obstruct whatever innovation and entrepreneurship might emerge. Nurturing an abundance of imaginative innovators and vibrant entrepreneurs requires embracing a vision of venturesome lives of creativity and discovery.