“But foreign aid also undermines the development of local state capacity.[…] Poor people need government to lead better lives; taking government out of the loop might improve things in the short run, but it would leave unsolved the underlying problem. Poor countries cannot forever have their health services run from abroad. Aid undermines what poor people need most: an effective government that works with them for today and tomorrow.” Angus Deaton, 2015 Nobel in Economics 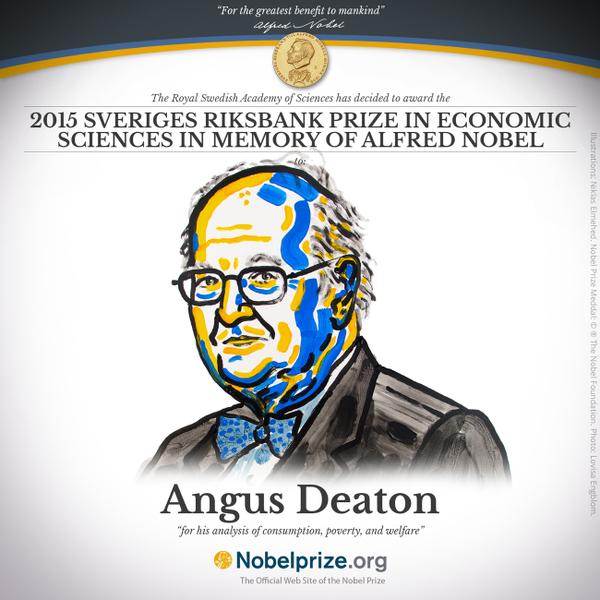 By Angus Deaton, the 2015 Nobel laureate in economics

This commentary was originally published in September 2013.

PRINCETON – In Scotland, I was brought up to think of policemen as allies and to ask one for help when I needed it. Imagine my surprise when, as a 19-year-old on my first visit to the United States, I was met by a stream of obscenities from a New York City cop who was directing traffic in Times Square after I asked him for directions to the nearest post office. In my subsequent confusion, I inserted my employer’s urgent documents into a trash bin that, to me, looked a lot like a mailbox.

Europeans tend to feel more positively about their governments than do Americans, for whom the failures and unpopularity of their federal, state, and local politicians are a commonplace. Yet Americans’ various governments collect taxes and, in return, provide services without which they could not easily live their lives.

Americans, like many citizens of rich countries, take for granted the legal and regulatory system, the public schools, health care and social security for the elderly, roads, defense and diplomacy, and heavy investments by the state in research, particularly in medicine. Certainly, not all of these services are as good as they might be, nor held in equal regard by everyone; but people mostly pay their taxes, and if the way that money is spent offends some, a lively public debate ensues, and regular elections allow people to change priorities.

All of this is so obvious that it hardly needs saying – at least for those who live in rich countries with effective governments. But most of the world’s population does not.

In much of Africa and Asia, states lack the capacity to raise taxes or deliver services. The contract between government and governed – imperfect in rich countries – is often altogether absent in poor countries. The New York cop was little more than impolite (and busy providing a service); in much of the world, police prey on the people they are supposed to protect, shaking them down for money or persecuting them on behalf of powerful patrons.

Even in a middle-income country like India, public schools and public clinics face mass (unpunished) absenteeism. Private doctors give people what (they think) they want – injections, intravenous drips, and antibiotics – but the state does not regulate them, and many practitioners are entirely unqualified.

Throughout the developing world, children die because they are born in the wrong place – not of exotic, incurable diseases, but of the commonplace childhood illnesses that we have known how to treat for almost a century. Without a state that is capable of delivering routine maternal and child health care, these children will continue to die.

Likewise, without government capacity, regulation and enforcement do not work properly, so businesses find it difficult to operate. Without properly functioning civil courts, there is no guarantee that innovative entrepreneurs can claim the rewards of their ideas.

The absence of state capacity – that is, of the services and protections that people in rich countries take for granted – is one of the major causes of poverty and deprivation around the world. Without effective states working with active and involved citizens, there is little chance for the growth that is needed to abolish global poverty.

Unfortunately, the world’s rich countries currently are making things worse. Foreign aid – transfers from rich countries to poor countries – has much to its credit, particularly in terms of health care, with many people alive today who would otherwise be dead. But foreign aid also undermines the development of local state capacity.