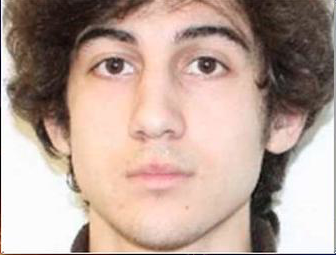 The jury deliberating the fate of Boston Marathon bomber Dzhokhar Tsarnaev announced Friday that it has reached a decision on whether he should be sentenced to life in prison without parole or to death.The decision in the penalty phase of Tsarnaev’s trial came after just over 14 hours of deliberations.Tsarnaev was convicted last month of all 30 federal charges against him, 17 of which carried the possibility of the death penalty.Three people were killed and more than 260 were injured when two pressure-cooker bombs packed with shrapnel exploded near the marathon finish line April 15, 2013.Tsarnaev’s lawyer, renowned death penalty specialist Judy Clarke, admitted from the beginning that he participated in the bombings, bluntly telling jurors in her opening statement: “It was him.”But the defense sought to show that most of the blame for the attack fell on his radicalized older brother, Tamerlan, who wanted to punish the U.S. for its actions in Muslim countries. They said Dzhokhar was an impressionable 19-year-old who fell under the influence of a brother he admired.Prosecutors portrayed Tsarnaev as an equal partner in the attack, saying he was so heartless he put a bomb behind a group of children, killing an 8-year-old boy.Jurors heard emotional testimony from bombing survivors who described seeing their legs blown off or watching someone next to them die. Killed were Lingzi Lu, a 23-year-old Boston University graduate student from China; Krystle Campbell, a 29-year-old restaurant manager from Medford; and 8-year-old Martin Richard, who had gone to watch the marathon with his family. Seventeen people lost legs in the bombings.The brothers killed Massachusetts Institute of Technology police Officer Sean Collier days later. Tamerlan died in a shootout with police days after the bombing.