Moj e Bukura Moré (My Beautiful Morea) is arguably the most popular Albanian song, and not just in Albania, but across the Albanian world. 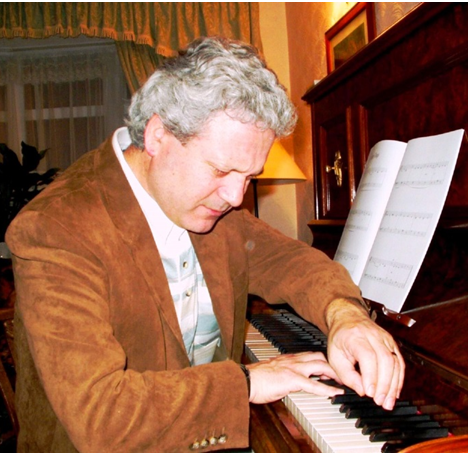 Moj e Bukura Moré (My Beautiful Morea) is arguably the most popular Albanian song, and not just in Albania, but across the Albanian world. We all grew up with this song.

The origin of the song goes back to Scanderbeg’s time when Albanian communities crossed the Adriatic and settled in Southern Italy, and we can safely say that the song has effortlessly stood the test of time!

KBP asked the Composer Thomas Simaku, what this song represents for him ?

Thomas Simaku –  having lived in England for some 25 years now, I feel closer to home when I hum this tune! I believe that this timeless quality lies in the tenderness of the melody and its natural beauty! It is precisely the melody here, which not only is memorable, but it lends itself to various interpretations; and this is how the idea of presenting it in different settings came about.

KBP: how was born the inspiration to work in the Arbereshe song Moj e Bukura Moré ?

Thomas Simaku – Initially, I composed a vocal version for the Norwegian Mediaeval Trio who sang it, in Albanian (of course!), for the first time at a Festival in Birmingham in 2003. Then I was asked by the vocal ensemble of the University of York to arrange it for female choir and they performed it at the 2010 Spring Festival in York. They’ve also released it on a CD and this version can be heard on the internet by following this link.

KBP: Was the song performing since?

Thomas Simaku – Since then it has been sung several times, including performances in Kent by the National Youth Choir of Great Britain, and in Tirana by the choir of the National Choir of the Opera in 2014. Whilst I was very happy with these a cappella (un-accompanied)  versions, I felt that there was more to ‘discover’ in this song, and have now made instrumental versions for all the wind and string instruments accompanied by the piano. The clarinet version was performed a few months ago (in China, as it happened), by the English musician Sarah Watts, who is giving the London premiere on 7 November. This is the only one composition I have made in several versions, and again, I would say that the warmth of the melody is suited to any instrument –the piano accompaniment provides a modern setting to this ancient melody!