Thinking in Turquoise for the Poet on the way to become

“By Thinking in Turquoise, I want to refer the thinking and writing down of those thoughts, memoirs, visions that are not of journalistic character but rather self-reflective, with the plethora of poetical images in Poetic verses or in this case exactly in prose form.”  FSH 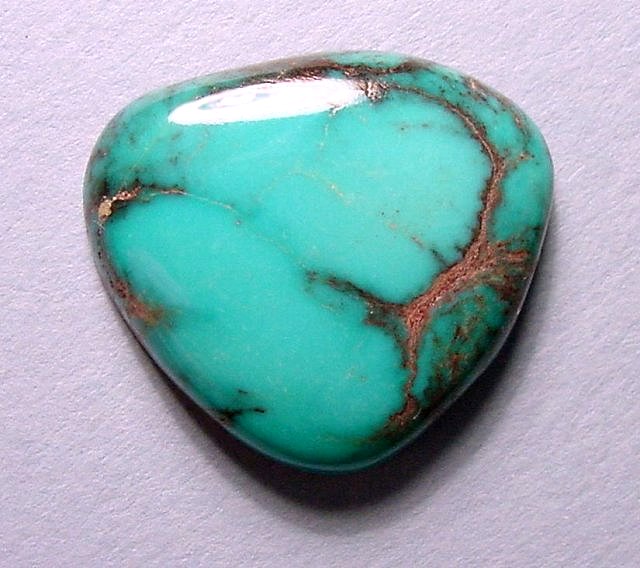 I was really happy that in Albanian language there’s an exact word for opaque stone of greenish-blue color and sky-blue color, which is hydrous phosphate of Cooper and Aluminum, known as Turquoise from French, as the stone came in Europe through Turkey from Khorasan Province in nowadays Iran. In Iran it is known as Phirouze. The word in Albanian is “Bruz”, but you may rarely find Albanians who really know that word and more rarely you may find a writer that refers to this mineral.

My personal encounter with the stone was in an artisan shop in Isfahan Bazaar, a tremendous building of Seljuk period; of 5 km shopping streets heavy with saffron, Famous Iranian caviar and dates, helva, rose jam, Sohan pastry in tin round package, silken carpets, and silken paintings, artisan /art galleries of many eastern creative splendors. I immediately bought a necklace for my beloved wife to be kept as memory for eternity and a day more. After this in Jerusalem Bazaar, in an Armenian shop, again I bought a turquoise circlet and earrings so to complete the majestic set of natural jewelry that somehow transcends my feeling from terrestrial to a celestial. I also bought few bottles of Nard essence, said to be used by Jesus and the perfume of my delight, the Amberlin.

I use to speak a lot about creative people and on the Giant of creativity that lies dormant within every Human. I emphasized that Human Potentials must be awaken so the creativity may flow and gurgle as a spring in a deserted and innocent natural environment.  The real problem I encounter every year is when the blossoming of Acacia disperses its magical and divine fragrance. The flow of ideas, images, vibrations and many yet unnamed phenomenon appears in jet as wild wisdom need to be tamed meticulously and zealously every now and then. Another problem of persisting nature is when you are unable to communicate so to say in an “Understandable Language”, what is encountered in a personal plan of creativity.

Having been equipped with this stimulatory paraphernalia one starts to really think in turquoise i.e. extremely rare thoughts and ideas pops-up, that ought to be poured harshly and later refined on silicon memory, on paper, metal plates, wood, silk, stainless steel and you name it, so it afterwards becomes Poetry, Painting, Calligraphy, Sculpture, silicon and or virtual epitaph, and declare the death of lethargy and resurrection of metamorphosed Self that sees nothing but exist in it without duality.

Today the world outbursts from creative people an in particular of those who write and want to say something important. Back in time of Cicero when everybody used to write and it seem that annoyed very much the great famous Orator, I do believe that Intelligence shan’t be mixed with Education or Intelligence with Creativity or the Creativity with Zeal. Remember: the Wise one is silent when he has to say something important.

By Thinking in Turquoise, I want to refer the thinking and writing down of those thoughts, memoirs, visions that are not of journalistic character but rather self-reflective, with the plethora of poetical images in Poetic verses or in this case exactly in prose form. Because as Fahredin Shehu used to say: “a moment every time is faster than mind that’s why we realize it after it disappears”- because the speed of flowing ideas was a way too faster than those I was able to record them and because in this moment I’m totally detached from the authorship of this quote. And again from this one: “there are two things that poet must remember as God and as death, and they are a permanent work and not to confuse that he/she is the best”.

Let us salute Life for it is the most extraordinary – death happens in a moment and it lacks the Magic.