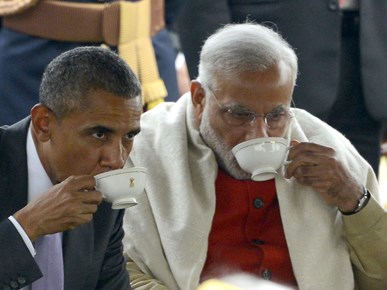 As Courtesy of ​Project Syndicate

CAMBRIDGE – When Indian Prime Minister Narendra Modi invited US President Barack Obama to attend his country’s Republic Day ceremonies earlier this year, it signaled an important change in relations between the world’s two biggest democracies. Ever since the 1990s, three American administrations have tried to improve bilateral relations, with mixed results. While annual trade between the countries has soared during this period, from $20 billion to more than $100 billion, annual US-China trade is worth six times more, and the political relationship has had ups and downs.

The two countries have a long history of confusing each other. By definition, any alliance with a superpower is unequal; so efforts to establish close ties with the United States have long run up against India’s tradition of strategic autonomy. But Americans do not view democratic India as a threat. On the contrary, India’s success is an important US interest, and several factors promise a brighter future for the bilateral relationship.

The most important factor is the acceleration in India’s economic growth, which the International Monetary Fund projects will exceed 7.5% through 2020. For decades, India suffered from what some called the “Hindu rate of economic growth”: a little more than 1% per year. It might more properly have been called a 1930s British socialist rate of growth. After independence in 1947, India adopted an inward-looking planning system that focused on heavy industry.