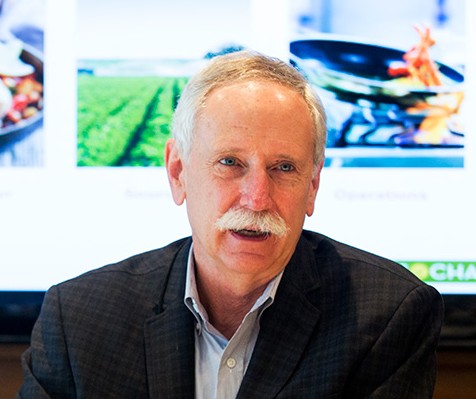 A government advisory committee has recommended lifting restrictions on cholesterol in the diet, saying it is “not a nutrient of concern for overconsumption,” in its regular five-year review of dietary guidelines.

Walter Willett, chair of the Harvard T.H. Chan School of Public Health’sNutrition Department and the Fredrick John Stare Professor of Epidemiology and Nutrition, conducted some of the early research that casts doubt on the long-held belief that dietary cholesterol was unhealthy.

In an interview with the Gazette, Willett underlined the distinction between dietary and blood cholesterol, and stressed whole foods rather than any single nutrient as key to a healthy diet.

GAZETTE: How is it that cholesterol, once public health enemy No. 1, has been rehabilitated?

Secondly, the cholesterol in the blood, we’ve come to understand, is more complex than total cholesterol. There is LDL, which does increase heart disease risk, but also HDL, the good cholesterol, which appears to reduce risk of heart disease.

So the theory sounded reasonable. If you didn’t have any evidence, it was probably a good guess [that you should] keep cholesterol in the diet low. But I realized back in the late ’70s that there was not a single study showing that people who ate more cholesterol — or specifically ate more eggs, which are uniquely high in cholesterol — had higher risk of heart attack. You would have thought, given all those strong [dietary] recommendations, that there would be a handful of studies that showed if you ate more eggs or more cholesterol you would have higher heart attack risk.

In the studies that we did, we saw that people who eat more eggs do not have a higher risk of heart attack. Of course that doesn’t mean it’s optimal. From everything we know, there are alternatives that you could have for breakfast that would be even better than eggs, such as whole grains like oatmeal and nuts and blueberries and maybe a dash of yogurt. That is very likely to be a healthier breakfast than an egg-based breakfast.

GAZETTE: Are there good things in eggs we might have been missing because we’ve been avoiding them?

WILLETT: There are some unsaturated fats that are healthy. There is vitamin A — in general we get enough of that in this country, but some people can benefit. And there are many other minerals and vitamins in eggs that do have positive nutritional value. I think that’s an important point. The amount of cholesterol in an egg is about the size of a pea, so there’s lots of space for lots of other things in eggs.

GAZETTE: What does this mean for the millions of people on statins?

WILLETT: I don’t think this has any direct bearing for people on statins. I’ll offer a general comment on use of statins: They are definitely effective in reducing heart disease, but it’s a modest reduction. It’s about 25 or 30 percent. Many people have gotten the idea that if you’re on a statin, you’re sort of immune to heart disease and that’s not at all true. So again, if you really want to reduce your heart disease risk and you have high cholesterol levels, high LDL cholesterol levels, statins might play a role. But if you want to reduce your risk substantially, you also have to pay attention to your diet and other aspects of lifestyle, like physical activity, weight maintenance, and not smoking.

GAZETTE: What’s your opinion of this change?

WILLETT: I think it is appropriate that we de-emphasize cholesterol intake as a focus of guidelines. A part of it is to refocus more on foods, rather than on single nutrients like cholesterol.

A food can be high in cholesterol and have other redeeming factors that could neutralize the adverse affects of cholesterol, so you really can’t judge a food by just its cholesterol content. Just focusing on cholesterol input isn’t necessarily going to be the best way to make dietary choices.

The two major sources of cholesterol in the diet are eggs and red meat. Eggs seem to be pretty neutral. It’s reasonable if you like them to have eggs in moderation, particularly if your cholesterol is low.

I want to add an important parenthetical comment, however: In the studies where we’ve seen overall no relation between eggs and the diet and heart disease, among people with diabetes, we do see an increased risk of heart disease with higher egg consumption. There is also quite a bit of evidence that higher egg consumption is related to a higher risk of diabetes itself. So for some people it’s still good to limit eggs.

But the other source is red meat and there we do see an increase in risk of heart disease. But it’s more than just the cholesterol; there are probably multiple factors. It’s more useful to look at the whole food, which contains hundreds of different substances.

GAZETTE: These guidelines eliminate the advice to restrict fat, correct?

WILLETT: Exactly. They do put emphasis on the type of fat and that’s where the action is. Trans fats are something you really don’t want to eat, but polyunsaturated fats are essential and beneficial and vegetable oils in general are beneficial for prevention of cardiovascular disease.

GAZETTE: The final guidelines will be issued later this year?

WILLETT: Yes. And those will show up in many ways. The guidelines are meant to be the basis of many government food programs like the Women, Infants, and Children (WIC) program; the food stamps (SNAP) program; and standards for foods in schools and other procurements. They’re not always adhered to, but federal policy should be consistent with the dietary guidelines. And that affects many tens of billions of dollars a year.

GAZETTE: It sounds like it’s not just cholesterol that’s being rehabilitated, it’s fats overall, which is really a process that’s been going on for a number of years. Are we all the way there in the rehabilitation process now?

WILLETT: I think we are. The guidelines started backing off on that 10 or 15 years ago and bumped up the allowable limit from 30 to 35 percent [of total calories from fat].

This explicitly does away with that limit. It is a little sobering how long things take, but it’s good to have reached that point.