When presented with these facts, education enthusiasts often argue that education is a necessary but not a sufficient condition for growth. But in that case, investment in education is unlikely to deliver much if the other conditions are missing. After all, though the typical country with ten years of schooling had a per capita income of $30,000 in 2010, per capita income in Albania, Armenia, and Sri Lanka, which have achieved that level of schooling, was less than $5,000. Whatever is preventing these countries from becoming richer, it is not lack of education. 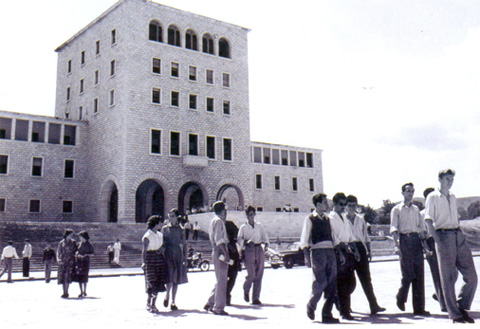 ”  Whatever is preventing [Albania*, …] from becoming richer, it is not lack of education” RH

TIRANA – In an era characterized by political polarization and policy paralysis, we should celebrate broad agreement on economic strategy wherever we find it. One such area of agreement is the idea that the key to inclusive growth is, as then-British Prime Minister Tony Blair put in his 2001 reelection campaign, “education, education, education.” If we broaden access to schools and improve their quality, economic growth will be both substantial and equitable.

As the Italians would say: magari fosse vero. If only it were true. Enthusiasm for education is perfectly understandable. We want the best education possible for our children, because we want them to have a full range of options in life, to be able to appreciate its many marvels and participate in its challenges. We also know that better educated people tend to earn more.

Education’s importance is incontrovertible – teaching is my day job, so I certainly hope it is of some value. But whether it constitutes a strategy for economic growth is another matter. What most people mean by better education is more schooling; and, by higher-quality education, they mean the effective acquisition of skills (as revealed, say, by the test scores in the OECD’s standardized PISA exam). But does that really drive economic growth?

In fact, the push for better education is an experiment that has already been carried out globally. And, as my Harvard colleague Lant Pritchett has pointed out, the long-term payoff has been surprisingly disappointing.