With Republican voters’ overwhelming choice of Donald Trump as the party’s standard-bearer in November’s US presidential election, the ethos of reality TV that has cannibalized American popular culture for two decades has achieved its breakout moment. And not just in America. 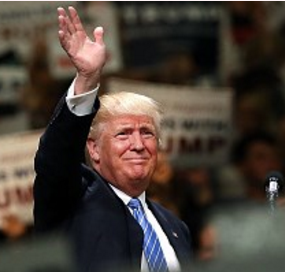 Bill Emmott, who, during his years as Editor of The Economist, endured numerous legal spats with Trump’s Italian doppelgänger, Silvio Berlusconi, thinks that countries “must hope for the best but prepare for the worst” in the event of a Trump administration. Above all, they must bolster “their alliances and friendships with one another, in anticipation of an ‘America First’ rupture with old partnerships and the liberal international order that has prevailed since the 1940s.”

But Trump is throwing as many verbal hand grenades at the economy as he is at America’s alliances and post-World War II global institutions and rules. For Benjamin J. Cohen of the University of California, Santa Barbara, Trump’s views on finance and economics, particularly his recent suggestion that “the US should negotiate with its creditors to buy back much of its debt at a discount,” are “the product of a fevered imagination.”

As Cohen rightly points out, “even the hint of a default would jeopardize the government’s credit rating and raise the cost of future borrowing.” And, beyond the direct costs, “the dollar’s role as an international currency would be jeopardized, which in turn would severely impair America’s superpower standing.”

Never mind that Trump’s candidacy emerged from the rage felt by grassroots “Tea Party” Republicans at America’s growing debt and Fed policies, which were supposedly “debasing” the dollar and undermining national “greatness.” Trump and his supporters are unimpressed by logical consistency and policy coherence; on the contrary, his candidacy has thrived by shunning them.

This delusionary mindset, as Stephen S. Roach shows, is similarly apparent in the turn away from free trade that Trump (and Democratic presidential candidate Bernie Sanders) has been leading. “The culprit” for America’s trade deficit is not other countries, as Trump proclaims, but “a large saving deficit. The country has been living beyond its means for decades and drawing freely on surplus saving from abroad to fund the greatest consumption binge in history.”

Former NATO Secretary-General Anders Fogh Rasmussen puts the point more broadly. “No matter how much some US presidential candidates may deride free trade, it remains the backbone of the American economy.” Today, as in the past, embracing “protectionist measures is a quack cure that would solve nothing; on the contrary, it would only exacerbate the economy’s problems.”