“Someone will surely come and drag the poor animal away…” 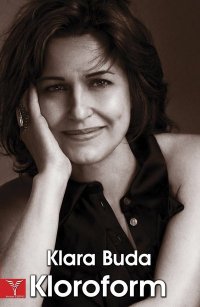 Someone will surely come and drag the poor animal away. This intriguing epigraph gives insight into the novel’s background. It is in fact more than intriguing; it is shocking. Because of its sudden shock, it appears to muddle thought and associations; in reality, however, it is the mediator and introduction to Buda’s novel. It is a byline that presents the conception of grotesque; it takes the reader to the inner monologue of Alma Fishta, during her night fugue, as things were really at their lowest point for her. The narrative starts in medias res, and the beginning and end both refer to the same situation. This excerpt from Alma’s monologue during her nocturnal fugue (pg. 177) is one of the most meaningful lines in the book. The phrase, which occurs when Alma hears a dying dog and hopes that someone will rescue the poor animal, traces the central idea of the novel. By putting it in the epigraph, the author uses Alma’s destiny as an allusion to the destiny of the individual in an oppressive regime.

The loss of human identity is expressed through theriomorphosis (infusing human traits with animals). This is accomplished through the grotesque, which makes real forms tragic through exaggeration to the point of hideousness. This inversion paints a very ugly picture of reality, in which man and animal are so similar in the treatment imposed upon to them by the regime that they can be easily confused. They have become one being, which exhibits traits of both creatures. Homo sapiens is not a unique animal anymore. Contrary to the Darwinian theory of evolution, humans are no longer on top of the food chain. The dominant instinct of death and destruction (thanatos) has turned Alma Fishta’s character into a tragic being.