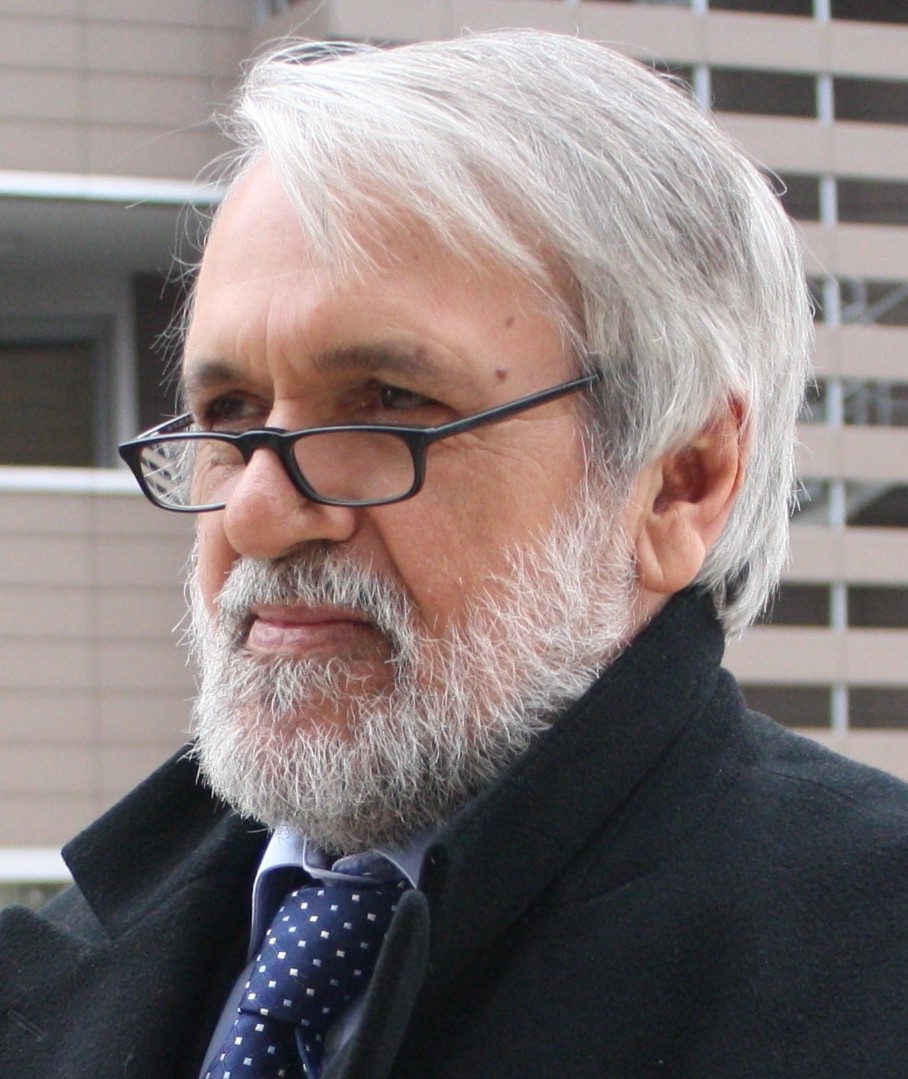 We all know, without exception, intellectuals, politicians, ordinary citizens, Kosovo recent years is sitting cross-legged on a fire that burns within, but the flame or smoke may not be showing yet. Nobody today can not make the defendant, aktroje even surprise with a performance on stage so sudden Islamic religious radicalism. Mercenaries in Syria and Iraq war, Forty including imprisoning terrorist suspects, is an iceberg, shpërfaqje a visible and noisy inside what long sleep. The emergence of the state is a matter of waiting and necessary, But the state's repressive legal institutions do not explain the causes and not solve problems in the long run. The appearance on stage to open the Kosovo Islamic religious radicalism is more a result of encouragement and fundamentalists make karshëllekut state and Kosovar public. Now they openly challenge is not Kosovo as a state, but also society as a whole Kosovo. On the other side, a reaction collation of so-called media analysts, an almost total lack of intellectual response is neither surprising nor unexpected, is a simple and proven incapable of testifying, is a lack of awareness and civic courage, is opportunism, is irresponsible. Our analysts always finds willing to engage in debates and political fights, but are not able to analyze a social phenomenon, policy, visional and ideological as Islamic religious radicalism. Various intellectuals, with or without public leadership, appear willing to be involved in various fights meskine, even showing who's who spends the night with, but are not ready to face such a challenge. Pse, a fear? After. Kosovo is gripped by fear of radicalism, not only religious, but also political. It is a fear that detronizon free minds and Asphyxia, that makes people lie. It is also an uncertainty, which threatens not only the "dark areas" clandestine organization (fear of "fatwa" declaring and undeclared already exists in Kosovo), but also from the "gray areas" of ideas. Opportunism is also a mentality that stems from subordinates, the mentality of living in captivity. It is also a dilemma, because in terms of ideas, are few people in mind who clarity about problems worldview, facing Kosovo today. Intellectual classes we have not been able to identify the problem of Kosovo gradual subsidence in oriental society, Me mentality anadollak, with educational backwardness and emancipatory and, of course, with a very convenient ground for religious radicalism. Even, discussing identities and giving priority to religious identity as determinant visional, some of our intellectuals have rubbing hands for real or virtual support from Islamists, consciously or not, so devilish playing with fire. With politicians have played the fire, edhe mediet. On the other side, in this case we appear to challenge society and backward, that still does not have a clear understanding of the notions really religion, home, nation, State, identity, sekularizëm, ekumenizëm, laicitet and j. As a society, we still do not clearly distinguish between religion as faith and religion as ideology.

How were found Kosovo, to, in this situation? The idea came from, si u fut, Islamic fundamentalism as being grafted into Kosovar society and mentality? Ky fundamentalizëm islamik, as we found the appropriate terrain and social world out? Who instigated and he came? There are a number of questions, that and now hover rush to clear the mind of any Kosovo. It is to these questions that wiped big enigma, intractable, por ne, however, have not been answered in any of them, times due to opportunism, Though times have neglected the consequences, while in most cases that are brought to our irresponsibility anecdotal, allowing the developments in this regard go many steps ahead of us. Now the situation has exploded in the hands us, We do not know where to start, do a political analysis, Sociological, educational, cultural or religious; whether to ask and where to ask those responsible; a deal with the history of the problem, heritage, or to criticize anyone, who come before us, teachers, Professors, Imams, Mosques, system is cubits, institutions of the rule of law, political leaders, or become part of the general tymnajës, that even in this circumstance fundamentalists flirtojmë, counting on their support in social networks, in the past, gossip centers, in auditorium, wherever, benefiting the public and political status from inadequate proveniencia. On the other side, as we hear how you all are washed and nobody wants to take any responsibility, looks like you're not living in a real world, if they Imams yesterday, that dërdëllisnin sorts "herezish" (not faith and religion, for propaganda fetare), we first dream; If any of those electronic media, which we have seen with our own eyes how the corner of the screen opens to pure fundamentalist propaganda, is not what we see night after night. Let's all innocent, respondent, all wash their hands like Pontius Pilate. It will not take no for an answer dilemma, if any affinity to us, between political radicalism and religious radicalism, respectively among those ideas manifest communist or fascist and fundamentalist religious ideas that manifest, since both parties have a common denominator violence. Kosovo political scene and opinion concerning the defendant or, or really do not understand the recent press of any political party is as equally radical and terrorist, as the devices of a bomb at the door of any institution of the state of Kosovo. In our Kosovo is not held responsible for this. Even worse, in our Kosovo nobody knows what stirs the minds and souls of men, Although Kosovo immediately after the war were found submerged in religion, What is missing now that Kosovo citizen has freedom, why is so disappointed by this worldly life; a religious radicalism is part of freedom of thought, freedom of expression, which do not have known the taste; nga Zillah proveniencë intelektuale, political and worldview come and supporters of fundamentalist preachers; has a near religious radicalism or any links or open secret nationalism? Finally, Are we ready to open all letters and close this boring ritual and gloomy unanswered questions?

The origin of the idea

At the level of ideas, Islamic fundamentalism in Kosovo begins to emerge when the first item drop enlightenment, then begins the debased national-communism and finally degenerate patriotic euphoria. As successive developments, These capture a period of about forty years, if a boundary earlier we get the beginnings Islamist interpretation of some issues of history. There was the late seventies of the last century, when the public is aiming to become a historian thesis that Kosovo Ottoman conquest and Islamization of Albanians have not seen in a negative context, because it was the conquest and Islamization that has substance protect Kosovo from sllavizmi. Then, this thesis muttering under one's breath, has produced other thesis, Albanians were forcibly Islamized, but voluntarily, for the lure that has offered new religion and civilization. Year 1981 marks a retreat of Islam in Kosovo, because of the intention of the then Yugoslavia in Kosovo liberation movement to attribute worldview and ideological links with Islamic fundamentalism. Ten years later, irreversible collapse of socialism created space for pluralism of thought, for freedom of expression and to review postulates of Albanian nationalism. Because of feelings of rejection that had created the Marxist-Leninist ideology to more stable pillars of Albanian nationalism, began a campaign orchestrated against self Albanianism. Political and ideological homogenization created chaotic situation in Kosovo. On the one hand, Albanianism patriotism and became a refuge suitable for all evil-doers and the rogues, including traditional Serbian spies, while on the other hand, there was no holiness, no value without trampling. The weakening of the educational system, collapse of institutions, poverty and vulnerability of invasion, during the nineties, created fertile ground for display deviant. In this circumstance, resurgent Islamists launched systematic attacks against the values ​​stable kombëtarizmit: Skanderbeg took to fall, Renaissance and renowned all men and all important events, who had become the nation's history. In this campaign, they will not be alone: They were soon joined various mercenaries "free thought", domestic and foreign, including so-called "new Albanologists", i que up rat, who, on behalf of the review of the history and reality of the supposedly limited release from nationalist, do not leave anything without defaming the nation. Kosovo war year 1999, to the way it was developed, due to the inclusion in this war a "Christian alliance" against Serbia, More work was misidentified as self Serbia, both Islamic fundamentalists. But it did not last long. UNMIK period marked a triumphal return to their area of ​​Kosovo. This was not only due to the introduction of foundations in Kosovo and numerous humanitarian organizations and non human with suspicious money, but more because of the delays that were created in the resolution of Kosovo's status. The people of Kosovo for a moment felt abandoned by the West, NATO-ja, BE-ja, the United States. It inculcates the impression that NATO was not in Kosovo to protect it from Serbia, but to not let it become mosvarur. The walkout lasted more and Kosovo, somehow, continues even today. Kosovars were delivered with a wonderful war, but remain only (under an extraordinary blackmail the international community and Serbia), to build state and society. It was very difficult for a country that had just emerged from occupation.

Resurrection of Islamic fundamentalism in Kosovo is the result of a complex range of factors and circumstances. The ranking of these factors is not relevant, by, however, This may be one of them:

And, are also a number of internal factors, that create fertile ground for fundamentalism accommodation in this area. These factors are historical and current. We can mention only a few: long captivity and the use of religion from Yugoslavia to Serbia and Kosovo Albanian identity dissolved; long tradition and long mercenarizmit; Delayed penetration of national ideas in our Renaissance and Enlightenment in Kosovo space; exclusion of Kosovo in the process of deorientalizmit, which underwent all the Balkan countries in the early twentieth century; or rapid abandonment, The lightning almost traditional Islamization, with which Kosovo was Inured for a long time, and equally rapid embrace of radical Islamism. By, above all, The limiting factor remains the economic backwardness, Kosovo's cultural and educational. Even current internal factors are numerous, as political instability, poverty, arsimi KAOTIK, fragility of institutions, big social shocks, lack of emancipation etc..

The fact that those involved in religious radicalism are mostly young, or some who have been open to developments and ideas across frequency fifteen-twenty years in Kosovo, can not be justified either by the nature of youth to be open to these frequencies, nor their nature to be kidnapped after any kind of radicalism. This circumstance indicates that more, for one reason or another,, we have not only failed to make Kosovo state and society of their wishes and dreams, but also for the fact that in relation to the frequency of ideas, we should be more attentive when "shpërpushim" through history, even when flay Skanderbeg and Vaso Pasha, or when the correct history textbooks according to the wishes of the Council of Europe or Turkey, same as when discussions develop Kosovar identity, identity as more volatile than the Albanian identity, aggressive towards other identities.

Or even then, when we make concessions to Serbia.