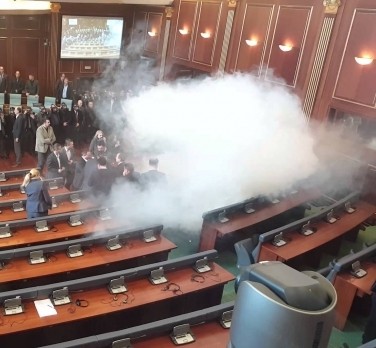 They are shouting slogans against Thaci and the government. Opposition activists pitched tents in front of the government and the assembly three days ago, demanding early elections.

Early parliamentary elections will have to be called if the assembly fails to elect Kosovo’s new president by March 6.