Is precisely to Jean-Luc Nancy that Hölderlin’s lines fit so well: “He who has thought the deepest loves the most alive.” The philosopher Jean-Luc Nancy died on Monday evening, August 23, according to information from the Dernières Nouvelles d’Alsace. Jean-Luc Nancy, born on July 26, 1940 in Caudéran (Gironde), was 81 years old. 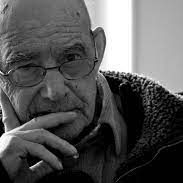 The philosopher Jean-Luc Nancy died on Monday evening, August 23, according to information from the Dernières Nouvelles d’Alsace. Jean-Luc Nancy, born on July 26, 1940 in Caudéran (Gironde), was 81 years old.

“Jean-Luc Nancy had already survived the unimaginable. For decades, he had to carry, that is to say, to import and bear in his flesh, the heart of another, the one of his birth having proved useless. I don’t know of any other philosopher who has undergone the ordeal of a heart transplant. Nor do I know of a more immeasurable event on the level of the intimate, the most living and the most secret in the living. But it is precisely to Jean-Luc Nancy that Hölderlin’s lines fit so well: “He who has thought the deepest loves the most alive.” But how to connect the event of survival to that of death, since Jean-Luc Nancy, today, has abruptly left us. Whose heart has stopped beating? Was this heart, which was suddenly his, indeed that of another…” writes Libération.

Jean-Luc Nancy was a French philosopher, Professor of philosophy at the University of Strasbourg and member of the Collège international of philosophy. He was also the Georg Wilhelm Friedrich Hegel Chair and a professor of philosophy at The European Graduate School / EGS. Nancy graduated with a degree in philosophy from the Sorbonne (Paris) in 1962, where he worked with Georges Canguilhem. During his time at the Sorbonne, he also worked with Paul Ricoeur, who supervised his MA thesis on Hegel’s philosophy of religion. He briefly taught in Colmar before becoming an assistant at the Institut de philosophie at the University of Strasbourg in 1968. In 1973, he completed his doctoral dissertation on Kant’s analogical discourse under the supervision of Paul Ricoeur. In the same year, Nancy became maître-assistant (later maître de conférences) at the Université des Sciences Humaines in Strasbourg, where he remained a professor until his retirement in 2002. He has been a guest professor at numerous universities, among them the Freie Universität Berlin, the University of California, Irvine, and the University of California, Berkeley.

Nancy’s research is very diverse and his work challenges the modern idea of systematicity. While he has written on numerous major European thinkers such as Descartes, Kant, Hegel, Heidegger, etc., he has also responded to many key twentieth-century French contemporaries, such as Jacques Lacan, Georges Bataille, Maurice Blanchot, and Jacques Derrida. The philosopher’s most important topics include: the question of community, the nature of the political, German Romanticism, psychoanalysis, literature, technology, and hermeneutics.

Jean-Luc Nancy began publishing his work in the 1970s. Two of his earliest books, Le titre de la lettre: Une lecture de Lacan (1972; The Title of the Letter: A Reading of Lacan) and L’absolu littéraire: Théorie de la littérature du romantisme allemand(1978; The Literary Absolute: The Theory of Literature in German Romanticism), were co-written with Philippe Lacoue-Labarthe. Le titre de la lettre is a close reading of Jacques Lacan’s essay “The Agency of the Letter in the Unconscious or Reason Since Freud.” According to Nancy and Lacoue-Labarthe, the Lacanian discourse remains metaphysical because meaning is understood as the origin of the play of signifiers.

In the same period, Nancy wrote another two books entitled La remarque spéculative (1973; The Speculative Remark) and Le discours de la syncope. I. Logodaedalus (1976; The Discourse of the Syncope: Logodaedalus). In Le discours de la syncope, on Kant, Nancy deals with a similar problem: how the supposed subversion of metaphysics becomes recuperated within metaphysics? However, another important question investigated in this book is the problem of presentation (Darstellung). Together with Lacoue-Labarthe, Nancy returns to this problem in L’absolu littéraire. In this book, they address the manner in which the early German Romantics responded to the crisis of presentation. L’absolu littéraire is also important because it marks the beginning of Nancy’s thinking on the nature of the fragment and on the fragmentary demand.

In 1980, Jean-Luc Nancy and Philippe Lacoue-Labarthe organised a Cérisy-Colloquium on Derrida’s work, Les fins de l’homme (The Ends of Man). This conference also constituted the beginning of an in-depth exploration of the notion of the political and a beginning for posing the question about the interconnections between deconstruction and politics. In the same year, they also formed the Centre de recherches philosophiques sur le politique. Two books, Rejouer le politique (1981) and Le retrait du politique (1983), were results of the Centre’s work (most of its important papers were translated into English in 1997 as Retreating the Political). While the Centre was closed in 1984, Nancy continued to investigate the questions of community and politics.

The result of this investigation became La communauté désoeuvrée (1986; The Inoperative Community), an examination of the idea of community. In this well-known work, “Nancy shows that [community] is neither a project of fusion nor production. Rather, he argues, community can be defined through the political nature of its resistance against immanent power.”

In 1987, Jean-Luc Nancy became docteur d’état in Toulouse, with recognition from the jury (among the jury members were Jean-François Lyotard and Jacques Derrida). His supervisor was Gérard Granel. Nancy’s dissertation was published as L’expérience de la liberté (1988; The Experience of Freedom), a study focusing on the notion of freedom in Kant, Schelling, and Hegel. It also marks Nancy’s return to a critical engagement with Heidegger’s fundamental ontology and especially with the notion of Mitsein or “being-with.”

The most important work from this period of Nancy’s career is Être singulier pluriel(1996; Being Singular Plural), which continues to explore some of the crucial themes presented in L’expérience de la liberté and which, in addition to the same-titled essay, Être singulier pluriel, consists of five shorter essays. The key argument of the book is again that our being is always “being-with” and that our existence is always already co-existence. Together with the exploration of this central concern, Nancy engages other important topics, among them national sovereignty, war and technology, and identity politics.

Alongside his collaborations with different artists (e.g., choreographer Mathilde Monnier), Jean-Luc Nancy writes on contemporary art and regularly contributes to exhibition catalogues. He has written on the artists On Kawara (Technique du présent: essai sur On Kawara; 1997) and Jean Michel Atlan (Atlan: Les Détrempes;2010), and his book L’evidence du film (2001; The Evidence of Film) is on the work of the Iranian filmmaker, Abbas Kiarostami. While Nancy’s most important philosophical reflections on art can be read in the book Les Muses (1994; The Muses), he does not limit himself to theory and criticism, but has also written poetry and theatrical texts, including an adaptation of Goethe’s Faust, Part One for an installation by the artist Claudio Parmiggiani.