The nation’s most powerful labor organization is backing HILLARY CLINTON for president.

The AFL-CIO voted Thursday to endorse the presumptive Democratic presidential nominee, following the path of many top unions like the National Education Association and the Service Employees International Union (SEIU).

With the AFL-CIO’s endorsement, Clinton has locked up the labor vote.

“Hillary Clinton is a proven leader who shares our values,” AFL-CIO President Richard Trumka said in a statement.

…She supports a “pathway to citizenship” for those who have entered the country illegally. She supports the Affordable Care Act, commonly known as Obamacare… 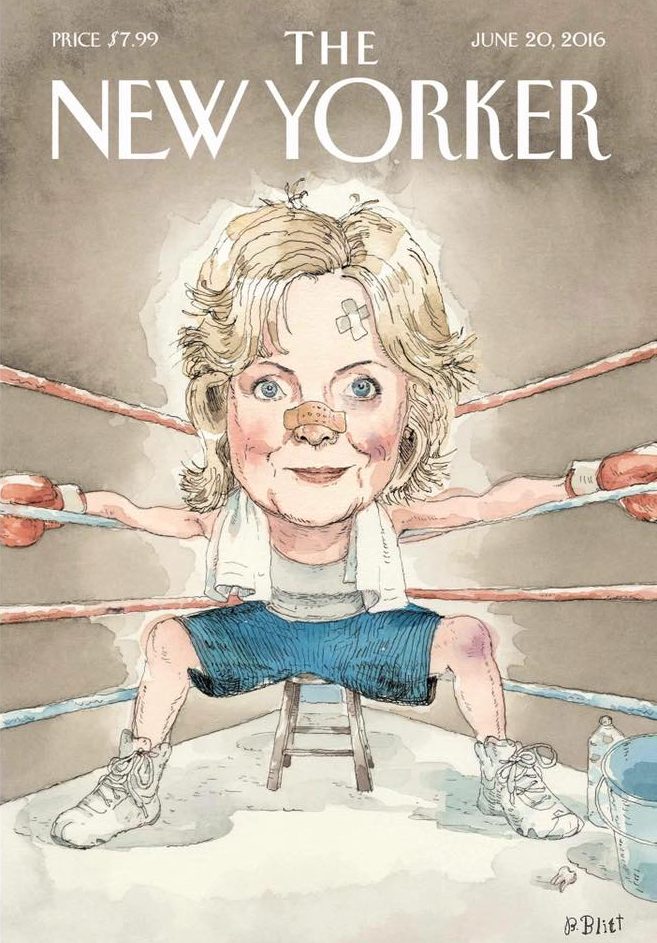 As Courtesy of NEW YORKER

Clinton, 68, is making her second run for the presidency, having lost the Democratic nomination to Barack Obama in 2008. She has been on the national stage since 1992, when her husband, Bill Clinton, was elected president. As first lady, she spearheaded the administration’s ultimately unsuccessful attempt to overhaul health insurance. She was twice elected as senator from New York, serving from 2001-2009, when she resigned to become Obama’s secretary of state, a post she left in 2013. She was born in Chicago, earned a bachelor’s degree at Wellesley College and a law degree at Yale University. The Clintons have one child, Chelsea, and one grandchild.

Clinton has staked out classic Democratic positions, supporting gun control, unions, paid family leave, abortion rights, same-sex marriage and action on climate change. She stresses support for the “middle class,” saying that Republicans’ tax ideas would help the wealthy. She supports a “pathway to citizenship” for those who have entered the country illegally. She supports the Affordable Care Act, commonly known as Obamacare. She’s been criticized on the left for not taking a harder stance against Wall Street. She’s sought to use her experience as secretary of state to portray herself as far more knowledgeable than her rivals about foreign affairs.