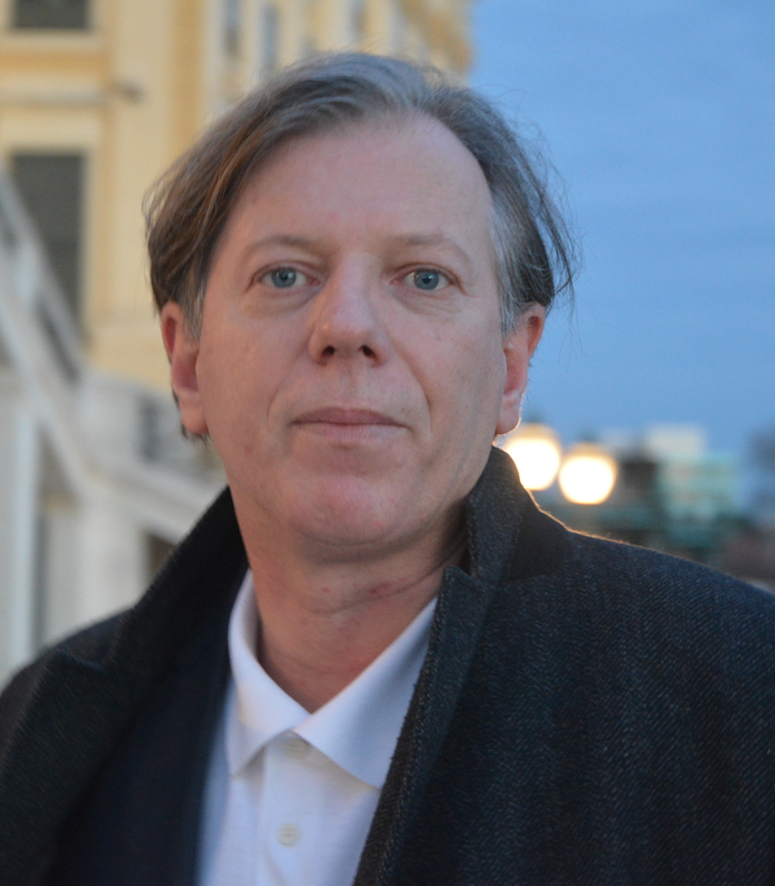 Gazmend Freitag was born on 25 May 1968 in Pataqan i Poshtëm, Kosovo. At the time, his father Asllan had emigrated and was working in Lyon, France.  Even though his mother Qamile could barely read and write, she was described as a generous, endearing and good-hearted woman. She gave birth altogether to five boys, of which Gazmend is the third oldest. His mother loved her children more than anything, taking care that they were fed, clothed and healthy. Her heart’s desire was for her children to receive a formal education, so she made sure that they were always learning in school and studying.

Even as a child, Gazmend demonstrated a talent for drawing, though in school he devoted himself to literature.  Since his family had hardly any idea about art and literature, he in turn lacked support to promote his talents. His drawings, while adorning the walls of his primary school, attracted no particular attention. Gazmend’s first recognition of his abilities came from “Rilindja për Fëmijë”, a children’s section published every Tuesday by the Kosovar daily newspaper “Rilindja”, while one of his poems was ranked third in Kosovo.  His first drawings as a student still remain in the archives of his home village’s primary school.

Gazmend graduated from the Fortesa secondary school, spending his first two grammar school years in Rahovec and the final two years in Prizren, where he also lived. After graduating in 1987, he started studying law in Pristina. In the same year, he was called up for military service before continuing his studies in 1988.  That would turn out to be the bitterest period for Gazmend because after he had spent two semesters at the University of Pristina, it was closed to Albanians by the Serbian authorities. Subsequently, he took part in student protests in 1989, where some paid with their lives and others were arrested or prosecuted, among them Gazmend, who returned with lost hopes to his home village.

In such a hopeless situation, Gazmend saw himself forced to emigrate from Kosovo.  Arriving in Germany, he sought an artist’s life, a decision he took against the wishes of his parents, who had wanted him to become a lawyer because of his strong and far-sighted character. Between 1990 and 2013 he attended courses in oil portrait painting at different academies, before beginning in 2013 to study figure drawing at the University of Linz under Professor Anneliese Oberdanner, a well-known celebrity in her field.

Because the life of a serious painter requires time and ability, Gazmend felt compelled to study privately with several experienced masters. His works encompass numerous motifs: autobiographical elements, landscapes from the country of his birth, portraits of different people, memories from his childhood, nudes and figure drawings, still lifes and other subjects. He mainly uses techniques such as drawing with pencils, chalk and ink as well as oil paintings on canvas, among others. All of his works testify to the spiritual sensitivity of an ambitious artist.