• Imogen Lamb – Journalist and Producer, Radio France International, Paris is one the Fellows of the 2014 Dart Center Ochberg.

Established in 1999 for journalists seeking to deepen their reporting of traumatic events, the Ochberg Fellowships are awarded to outstanding senior and mid-career journalists in all media who have specialized in covering violence, conflict and tragedy, including such issues as street crime, family violence, natural 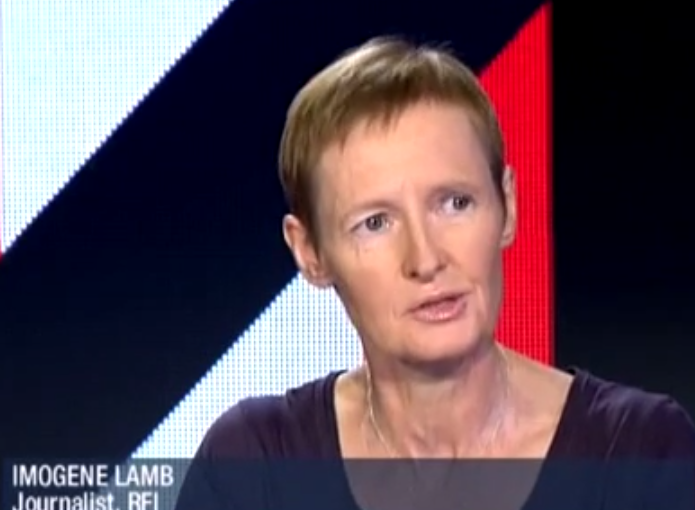 “This year’s Ochberg Fellows – half from the United States and the rest from around the world – all excel at high-impact journalism. Despite terrifically diverse backgrounds and beats – from social issues to war and civil conflict to terrorism and disaster – they share a commitment to thoughtful, compassionate coverage ofpeople and places affected by violence,” said Bruce Shapiro, the Dart Center’s executive director.

The week-long Fellowship offers journalists a unique opportunity to learn about the many dimensions of
psychological trauma; to explore ethical and craft challenges raised by their work; and to forge relationships
with colleagues who share their interests and commitment through seminars with leading experts in trauma
science and journalism practice.

Imogen Lamb is a British-born journalist and producer with Radio France International, based in Paris. She
has been on assignment all over Africa, Asia, the Middle East and North America, working in both French
and English. She has reported on political, economic and cultural events and has covered issues that include
human rights, health, immigration, education and gender. Her assignments have mostly focused on people
living in difficult circumstances due to war, violence, famine, abuse, discrimination or disability.