Author Ferid Murad The Nobel Prize in Physiology or Medicine 1998 “for their discoveries concerning nitric oxide as a signalling molecule in the cardiovascular system.”

Nitric oxide (NO) is as a major signaling molecule in neurons and in the immune system, either acting within the cell in which it is produced or by penetrating cell membranes to affect adjacent cells. Nitric oxide is generated from arginine by the action of nitric oxide synthase (NOS). NO has a half-life of only a few seconds in vivo . However, since it is soluble in both aqueous and lipid media, it readily diffuses through the cytoplasm and plasma membranes. NO has effects on neuronal transmission as well as on synaptic plasticity in the central nervous system. In the vasculature, NO reacts with iron in the active site of the enzyme guanylyl cyclase (GC), stimulating it to produce the intracellular mediator cyclic GMP (cGMP), that in turn enhances the release of neurotransmitters resulting in smooth muscle relaxation and vasodilation. NO may also be involved in the regulation of protein activity through S-nitrosylation. In the extracellular milieu, NO reacts with oxygen and water to form nitrates and nitrites. NO toxicity is linked to its ability to combine with superoxide anions (O2–) to form peroxynitrite (ONOO–), an oxidizing free radical that can cause DNA fragmentation and lipid oxidation. In the mitochondria, ONOO– acts on the respiratory chain (I-IV) complex and manganese superoxide dismutase (MnSOD), to generate superoxide anions and hydrogen peroxide (H2O2), respectively. References: Brown, G.C., Nitric oxide and mitochondrial respiration. Biochim. Biophys. Acta., 1411, 351-369 (1999). Lipton, S.A., Neuronal protection and destruction by NO. Cell Death Differ., 6, 943-951 (1999). Murad, F., Nitric oxide signaling: would you believe that a simple free radical could be a second messenger, autacoid, paracrine substance, neurotransmitter, and hormone? Recent Prog. Horm. Res., 53, 43-60 (1998). 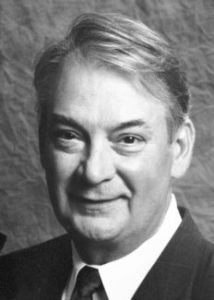 Affiliation at the time of the award: University of Texas Medical School at Houston, Houston, TX, USA

Prize motivation: “for their discoveries concerning nitric oxide as a signalling molecule in the cardiovascular system.”

Ferid Murad The Nobel Prize in Physiology or Medicine 1998