“Do you know “French laughter”? Not? It’s obvious that you don’t drink the Trocadero ‘coffee’. You liked the ‘French kiss’ you will love ‘the laughter’...” 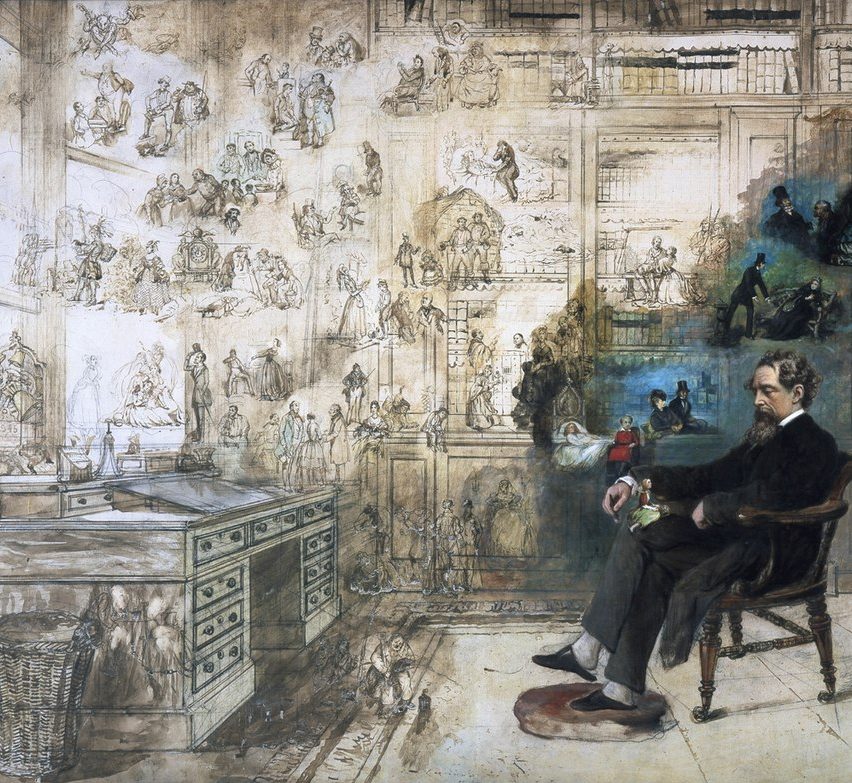 “Do you know “French laughter”?
Not? It’s obvious that you don’t drink the Trocadero ‘coffee’.
You liked the ‘French kiss*’ you will love ‘the laughter**’…

Tragedy, comedy and farce, quite « simply »

divagations inspired by a Marx lesson!

Hegel’s sentence: “the history is repeating two time, firs as a tragedy and one second time as farce,” was accorded to Marx who writing it without mentioning the letter of Hegel, almost stolen it from Hegel.

But there is something wonderful about the truth. The truth always triumphs!

In the Tragedy, Recognition, and the Death of God: Studies in Hegel and Nietzsche, Robert R. Williams writes: “From his essay natural low Hegel conceives tragedy as a conflict within the social order. For Hegel tragedy is not a conflict of right to wrong but the conflict to right to the right in different scales.”

Definition of Tragedy in the antic society is: ” The tragedy is a dramatic conflict between substantial interests e.g., in the institutions as the family and the state that cannot be resolve.” The Sophocles tragedy Antigone is a textbook case.

Antigone’s brothers, Eteocles and Polyneices, both died in the battle, but Creon, the new king of Thebes, has declared that while Eteocles should be buried with honors, the traitor Polyneices body should be left unburied. Antigone decides to bury his brother’s body, because she claims the right of each family to offer a grave to its members. But the King representing the state decides to condemn her to death. Even than she will be condemned to death, she decides to bury the Brother. There is a conflict: Antigone want to bury his Brother the King (means state) decides to not bury a traitor. It is not possible to satisfy both family tradition and state decision, there is the tragic conflict which cost the death of Antigone. Everybody deserves to be buried and the King’s decision has to be respected as well: the conflict cannot be resolved. If Antigone does not respect the King’s decision she has to die. Antigone decides to not respect the King’s decision and buried his brother, she has to die.

A comedy is a structured dramatic work that is light and humorous. There is an inner structure that show how a subject survives his clashes with situation he creates himself? If there is a structure, it is a comedy.

” The comedy is a dramatic conflict between substantial interests e.g., in the institutions as the family and the state that can be resolve.”

The terms comedy and tragedy commonly refer to the ways in which dramatic conflicts are resolved.

In comedy, the confusion ends when everyone recognizes what has been going on, learns from it, forgives, forgets, and re-establishes his or her identity in the smoothly functioning social group (which may return to the original normality or may be setting up a better situation than the one the group started with).

A revised view characterizes the essential conflict of comedy as a struggle between a relatively powerless youth and the societal conventions that pose obstacles to his hopes. In this struggle, the youth is understood to be constrained by his lack of social authority, and is left with little choice but to take recourse in ruses which engender very dramatic irony which provokes laughter

In what Farce is different from Comedy?

“A farce is a comedy that aims at entertaining the audience through situations that are highly exaggerated, extravagant, and thus improbable. Farce is also characterized by physical humor, the use of deliberate absurdity or nonsense, and broadly stylized performances.”

There are different definitions of a Farce

Marx is suggesting that the farce gives the scenery of Bonaparte era. It is not by accident that Napoleon (III) gives peoples sausages, which is a grotesque idea! But the people love him for the sausages, and then he becomes King.

We should zoom out to see what is the structure that generated the farce.

Marx argument says: “Even thou the bourgeois divided itself of its own political power, this is in the interest of bourgeoisie. Why? Because in this scenario the chances are great that the rich became richer and the poor became poorer because the farce cannot simply build a structure, because farce do not have a structure. So, chances are great that it will just repeat the previous structure of the previously society. (this is why the reach get richer and the poor became poorer)

The farce is a simulacrum of a political structure. Selon Marx: What capitalism generates are simulacra of politics, fake representation of reality that looks totally different – they are pure shadow. There are not classes anymore. In Napoleon’s Epoque the classes just have gone.

Did Marx intentionally forget the Hegel’s sentence: “the history is repeating two time. One time as a tragedy and one second time as farce.”

Marx said: “Hegel remarks somewhere that all great world-historic facts and personages appear, so to speak, twice. He forgot to add or mention: the first time as tragedy, the second time as farce …”

Marx confirms that there is not history without repetition, and he is repeating it from Hegel. But we don’t understand why Marx forgot what Hegel said about repetition of history and why he acts if that Hegel never did say this. He was an attentive reader of him.

On the 3rt December 1851, 28 days before Marx publish this sentence, Engels wrote to him in a letter:” but after what we sow yesterday old Hegel was directing the revolution from the grave the people of Paris acted with childish than after Bonaparte became King. Engels told him what Hegel said, in this letter sent two weeks before the publication. So, two weeks were enough for Marx to forget what had said Hegel!

Marx not only repeats Hegel but he silently repeat Engels mentioning Hegel strongly said: “History repeat itself first time as a tragedy and second time as rotten Farce…”

Maybe Engels said it himself and attribute to Hegel?

Engels is right – in the end of history when he gets to a description of French revolution when the reactionary start to emerge, he told that already the first Bonaparte the great Bonaparte was a farce and the characters were grotesque in a dialectical or farcical way – this is one more dimension.

Marx forgetting what Engels tell him two weeks before: “History repeat itself first time as a tragedy and second time as rotten Farce…” and Marx use it two times, one what he speaks about in what French revolution was tragic? firs tragedy then comedy then he said:’ firs tragedy then it was farce’, strangely everything turns into comedy and farce. Marx so edited a forgetting!?

Marx refers to Hegel. He uses his idea and forget that Hegel writes it before him, but he also forgets that Engels wrote to him about this Hegel idea.

Whether history will repeat as tragedy or farce, the Marx’s final warning of the book, is to be underlined: “The shadow of the ‘coup d’état’ became so familiar to the Parisians as a specter that they were not willing to believe in it when it finally appeared in the flesh.”

“Thing need to go very bad for something really great to happen!” And “for something to go badly, it need to be repeated!”

Repetition of the same thing over and over is problematic because eliminate the difference; things get worse: worsening concept – but it cannot get worse that a fake revolution… for some The Eighteenth Brumaire, is the origin of fascism!

*’french kiss’ – métaphore of a president ( or simply man) whose most important quality is to do everything for love.

**’french laughter’- métaphore of an eventual future president personified by the ‘laughter’ in the sense of the comic or someone ridiculous.