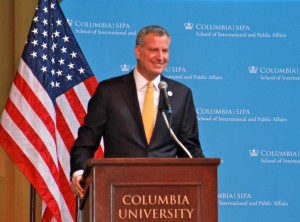 David N. Dinkins Leadership and Public Policy Forum provides a vehicle for analysis, focus and dialogue around the dynamic elements of urban policies, programs, and initiatives.

For the past 19 years, this annual forum has addressed many of the challenging issues including education, the environment, labor, tourism, immigration and fiscal crises that successful and urban ecosystems must contend with.