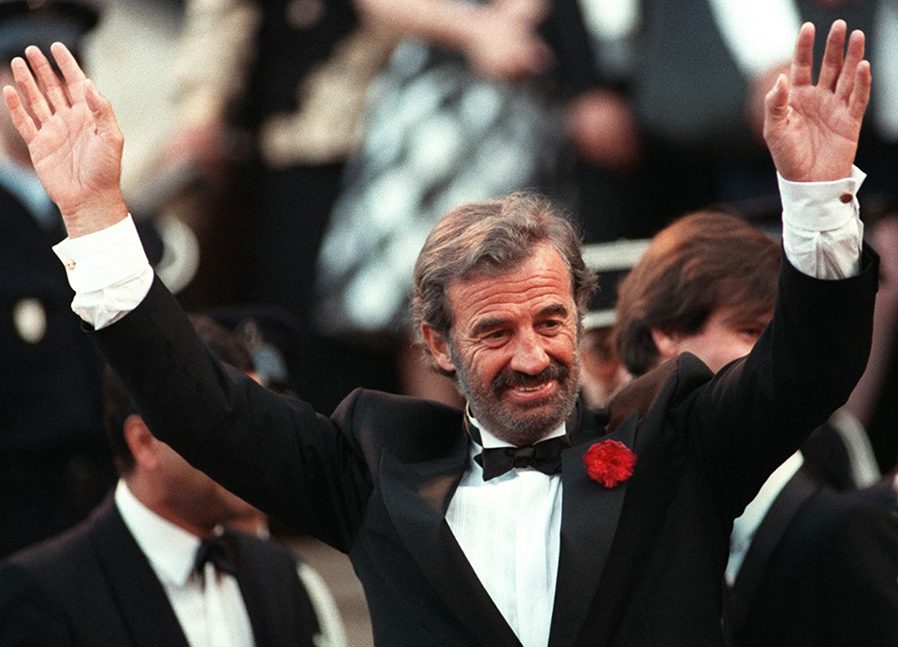 National tribute at the Invalides & Pierrot le fou and the new wave of French cinema.

France is paying a national tribute to Jean-Paul Belmondo , a legend of the cinema, whose death (on 6 September 2021), at the age of 88, is causing great emotion.This ceremony, both solemn and popular, began at 4.30pm on Thursday 9 September in the courtyard of the Invalides with a eulogy by the President of the Republic, Emmanuel Macron. In the courtyard of the Invalides, the actor’s family, gathered around the coffin of the “patriarch”, politicians, sportsmen and fans are present. Nearly 1,000 people attended the tribute with their health pass. For those who could not enter, giant screens have been installed in the courtyard of the Invalides.And the French can follow the special editions on the television channels. The president will deliver the eulogy at 4.55pm, after a speech by Victor Belmondo, the actor’s grandson. The coffin was brought out at 5.20pm to the sound of the filmstrip of the movie “le profesionel” of Ennio Morricone’s “Chi Mai”, performed by the orchestra of the Republican Guard.

One of the cult films of the “nouvelle vague” (new wave).

Ferdinand Griffon is unhappily married and has been recently fired from his job at a TV broadcasting company. After attending a mindless party full of shallow discussions in Paris, he feels a need to escape and decides to run away with ex-girlfriend Marianne Renoir, leaving his wife and children and bourgeois lifestyle. Following Marianne into her apartment and finding a corpse, Ferdinand soon discovers that Marianne is being chased by OAS gangsters, two of whom they barely escape. Marianne and Ferdinand, whom she calls Pierrot – an unwelcome nickname meaning “sad clown” – go on a crime spree from Paris to the Mediterranean Sea in the dead man’s car. They lead an unorthodox life, always on the run, pursued by the police and by the OAS gangsters. When they settle down in the French Riviera after burning the dead man’s car (which had been full of money, unbeknownst to Marianne) and sinking a second car into the Mediterranean Sea, their relationship becomes strained. Ferdinand reads books, philosophizes, and writes a diary. They spend a few days on a desert island.

A dwarf, who is one of the gangsters, kidnaps Marianne. She kills him with a pair of scissors. Ferdinand finds him murdered and is caught and bludgeoned by two of his accomplices, who waterboard him to make him reveal Marianne’s whereabouts. Marianne escapes, and she and Ferdinand are separated. He settles in Toulon while she searches for him everywhere until she finds him. After their eventual reunion, Marianne uses Ferdinand to get a suitcase full of money before running away with her real boyfriend, Fred, to whom she had previously referred as her brother. Ferdinand shoots Marianne and Fred, then paints his face blue and decides to blow himself up by tying sticks of red and yellow dynamite to his head. He regrets this at the last second and tries to extinguish the fuse, but he fails and is blown up.