Be a Grand Reporter and you are fighting against mafia!

Observe, understand and report without judgement and whoever you are you became the news reporter!

When you succeed doing this, you will be a reporter and will open your door to be “grand reporter[1]”

Try to observe, understand and report without judgement and you will feel a prefessional reporter evaluating is the highest form of intelligence.” 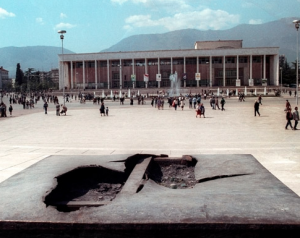 “It is no measure of health to be well adjusted to a profoundly sick society.” Jiddu Krishnamurti

“The ability to observe without evaluating is the highest form of intelligence.” Jiddu Krishnamurti

“It is truth that liberates, not your effort to be free.” Jiddu Krishnamurti

“The people have just to understand that without the media they don’t have the basic information, they don’t know what the governments up to; that in the next door the atomic bomb is constructing…

Imagine one day without media, one day that one don’t know anymore what happens in the world…Silence radio!

“Attacking journalist is the first step in the road to dictatorship and fascism.”

Without the journalism all the thing that are terrifying about the governments will be in the darkness…!”

“ If the journalist right are not protected, no ones right can be protected.” Arian Nere

The silenc low is a mafioz low!

[1] The “Grand Reporter” honorary and administrative status used in the French media suggesting in particular a certain seniority and a certain notoriety.