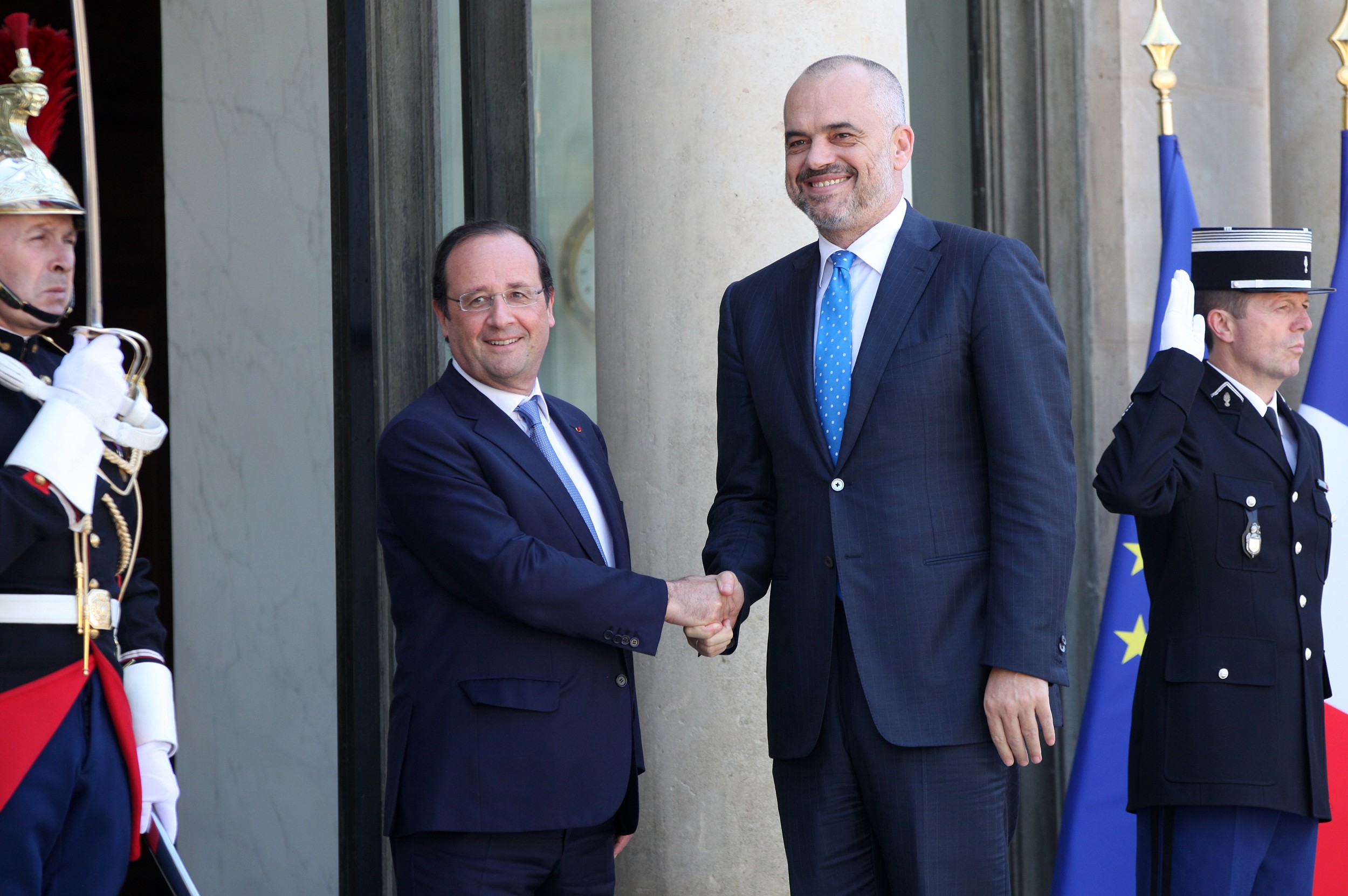 We must first acknowledge the commitment of Edi Rama (an official visit to Paris, 10-11 June) for the francophonie. Speaking French on the set of France 3, Edi Rama has shown that the friendship between our two peoples begins with the love of the French language. It is true that his stay in France has in the recent past contributed to cultivate this stimulated his appetite link for artistic creation, the most universal of languages.

Prime Minister Edi Rama wished engage Albania on the path of modernization by setting a number of major projects. Under the convergence objective, Note that we chose as the President of the French Republic to engage in a reform of the Albanian administrative map.

It also seeks to revitalize and reform the university system to make the stakes and mobilize the necessary skills to prepare Albania tomorrow.

In addition, and this is a crucial issue, it intends to reduce corruption and crime in order to give the rule of law and a strong base to provide citizens the peace they are entitled to expect. Is this not a democracy back the dark years of totalitarianism paramount ambition can strengthen social cohesion and credit institutions?

This happens in Albania as in all democracies by modernizing the police action and the renovation of its modes of action that you should always adjust to the threats and challenges of a multifaceted crime. This is to show to the public at all levels of society crimes are not eligible for any kind of impunity.

Inseparable from the police action, modernization of the justice system is a long-term project and indispensable with regard to eligibility criteria, a medium-term integration of Albania in the European Union.

Incarnation of a resolutely modernizing and anxious to contribute to regional stability and left the pursuit of large European company, Edi Rama and up its governance under the sign of political courage and renewal to engage Albania on the path of innovation and economic development.

I bet that the President of the French Republic, which shares with him the great European project will measure its voluntarism to the EU summit 26 and 27 June the starting point of the process of accession to the EU in getting to Albania candidate status.

Original text is in french